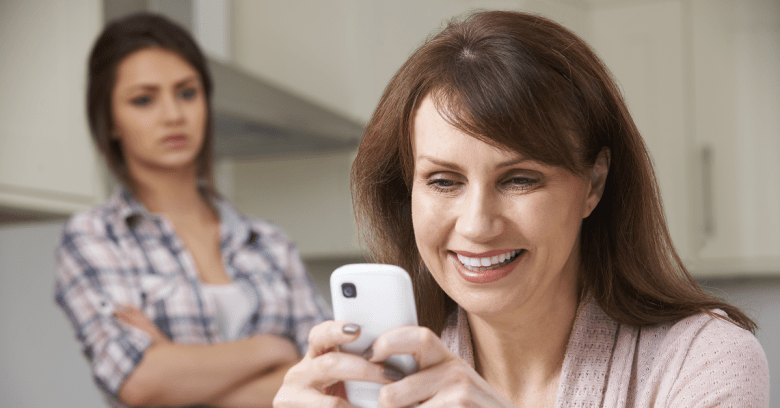 An 18-year-old woman is suing her parents for posting embarrassing, intimate tot shots of her onto Facebook and ignoring her pleas to take them down.

According to The Local in Austria, the woman, who can’t be named, claims that her progenitors have posted some 500 images of her since 2009.

They knew no shame and no limits. They didn’t care if I was sitting on the toilet or lying naked in the cot: every moment was photographed and made public.

She says that her parents started sharing the childhood snapshots with their 700 Facebook friends when she was 11 years old. She’s responded to their refusal to acquiesce with her repeated takedown requests by taking them to court for invasion of privacy.

I’m tired of not being taken seriously by my parents.

The girl’s father has said that they’re his photos, so it’s his right to publish them.

In the end this is our child, and for my wife and me, it’s a nice family album that’s been well received by our Facebook friends.

Michael Rami, who’s said to be the woman’s lawyer, was quoted by Austrian media as saying that he believes she has a good chance of winning in court.

Her parents could lose the case if it can be proved that the images violated her rights to a private life, Rami said.

It’s the first case of its kind in Austria.

If privacy violation is proved, the young woman’s parents could be facing both a fine for their daughter’s pain and suffering, as well as potentially being held liable for her legal costs.

A few years ago, we asked readers whether they thought that posting photos of your kids online makes you a bad parent.

Nearly 72% said “No, but I am careful about what information I post about my children.”

That caution is encouraging, but we have to put it into perspective: people who read blogs about information security such as Naked Security would of course tend to be more informed than the general population is about the potential harm of sharing photos.

What exactly are the dangers?

They start at the merely creepy. Say, when online role players photo-nap kids and list them for adoption.

Pedophiles, of course, photo-nap kids for their own use.

Misery can also come from being teased by cyberbullies or being tormented over the images by schoolmates.

The dangers to parents, depending on how their kids turn out: posting photos could wind up in some nasty legal surprises down the line. This case in Austria could well be a harbinger of many more to come as the children of social media-happy parents come to age.

France has some of the toughest privacy laws in western Europe.

In February, French parents were warned that they could be jailed for posting their kids’ photos online or face stiff fines for breaching children’s right to privacy or jeopardizing their security.

The French Gendarmerie issued the warning in the wake of a chain post on Facebook called the Motherhood Challenge. There were a few variations, but the general idea was for mothers to post pictures that “make me happy to be a mother” and to then share the request with 10 others.

In France, penalties can be as harsh as a year in prison and a fine of €45,000 for those convicted of publicizing intimate details of the private lives of others without first getting their consent.

Jay Parikh, vice president of engineering at Facebook, in November said that the company’s developing a “whoa, are you SURE?” message to warn parents when it looks like they’re accidentally posting photos of kids without restricting their privacy settings:

If I was putting online a photo of my kids playing in the park, and I accidentally shared it with everyone, the system could say: ‘Hey, wait a minute, this is a picture of your children. Usually you only send them to members of your family. Are you sure you want to do this?’

The plan is to use facial recognition to spot kids in photos and to notify parents before they share publicly.

France isn’t the only country whose police are trying to put a halt to the sharing.

Police in Germany have likewise urged people to stop posting photos of their children online, noting that people freely post pictures of nude children while in a pool or at the beach, as if there were no such thing as consequences.

We’ve printed this eyeball-popping statistic before, but let’s haul it out again, in order to quantify the population of posting-happy parents: as of 2015, the average parent was uploading 973 photos of their child on social media by the time he or she reaches the age of 5.

The study from whence that number derives came from The Parent Zone.

It found that a sizable portion of those images were being posted by people who just didn’t seem to get the need for privacy or understand how to use privacy settings, or maybe both: 17% of those parents had never checked their Facebook privacy settings at all, while almost half (46%) only checked once or twice, despite Facebook being the number one spot for sharing kid pics.

In the US, we’ve already seen at least one court case showing that judges don’t buy the “I’m an idiot about Facebook privacy settings” defense.

It looks like we’ll soon get a chance to see what Austrian judges think of alleged disregard for kids’ privacy when it comes to over-posting parents, as well.

It’s hard to look at the sweet face of a burbling baby and imagine it twisted in litigious rage.

But if we keep posting photos of kids who have no say in the matter, we should try to use our imaginations to envision that.

Not just to avoid litigation, of course, but, more to the point, because every human deserves to have their privacy respected, no matter their age.