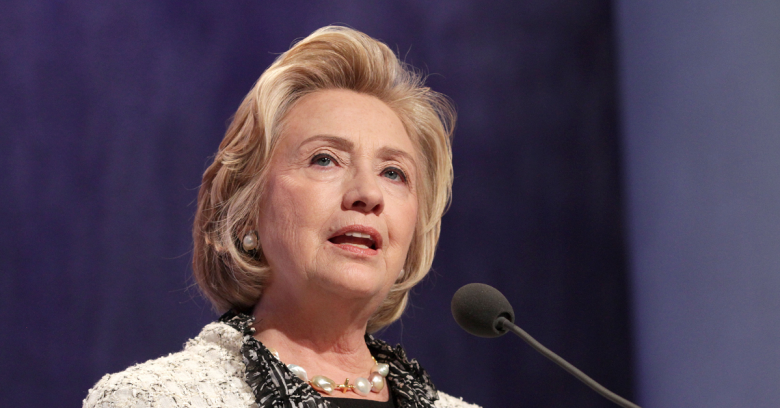 Paul Combetta, the IT guy who reportedly deleted Hillary Clinton’s emails despite Congress’ orders to preserve them, was given immunity by the Department of Justice a few weeks ago.

It’s just gotten more than likely: in fact, a House panel is now looking into a Reddit post asking for help in how to delete email, The Hill reports.

The investigation was sparked after an army of Redditor investigators found what they consider a smoking gun: a user with the handle of “stonetear” who 2 years ago submitted a request for advice on how to strip out a “VERY VIP” email address “from a bunch of archived email.”

Combetta is an engineer with Platte River Networks, the firm that managed Clinton’s private server.

He’s currently one of the targets of a broader Oversight investigation on whether Clinton ordered the destruction of emails that had been subpoenaed by the Benghazi Select Committee.

Mark Meadows, a Republican Representative from North Carolina and chairman of the House Oversight Committee’s Government Operations subcommittee, told The Hill that the stonetear posts are now under review:

The Reddit post issue and its connection to Paul Combetta is currently being reviewed by OGR staff and evaluations are being made as to the authenticity of the post.

…and that the dates on the posts are “troubling.”

If it is determined that the request to change email addresses was made by someone so closely aligned with the Secretary’s IT operation as Mr. Combetta, then it will certainly prompt additional inquiry.

The date of the Reddit post in relationship to the establishment of the Select Committee on Benghazi is also troubling.

The posts have since been deleted, but there are archived copies, such as this one from a popular thread on the Donald Trump-supporting subreddit r/The_Donald.

ARCHIVE EVERYTHING YOU CAN!!!!

…when the original posts were taken down.

Hello all- I may be facing a very interesting situation where I need to strip out a VIP’s (VERY VIP) email address from a bunch of archived email that I have both in a live Exchange mailbox, as well as a PST file.

Basically, they don’t want the VIP’s email address exposed to anyone, and want to be able to either strip out or replace the email address in the to/from fields in all of the emails we want to send out.

I am not sure if something like this is possible with PowerShell, or exporting all of the emails to MSG and doing find/replaces with a batch processing program of some sort.
Does anyone have experience with something like this, and/or suggestions on how this might be accomplished?

That request came the day after the House Select Committee on Benghazi had reached an agreement with the State Department on the production of Clinton’s email records, according to an FBI report released earlier this month on the bureau’s probe of her email use.

And this is the text of a post from stonetear made on 10 December 2014:

Hello- I have a client who wants to push out a 60 day email retention policy for certain users. However, they also want these users to have a ‘Save Folder’ in their Exchange folder list where the users can drop items that they want to hang onto longer than the 60 day window.

All email in any other folder in the mailbox should purge anything older than 60 days (should not apply to calendar or contact items of course). How would I go about this? Some combination of retention and managed folder policy?

According to the FBI report, longtime Clinton aide and attorney Cheryl Mills had earlier that month asked that the email retention policy be shortened to 60 days because Clinton had decided she no longer needed access to messages older than that.

According to the report, Mills…

according to [redacted] he did not make these changes to Clinton’s clintonemail.com account until March 2015.

The New York Times has identified the redacted individual as more than likely being Combetta.

According to the FBI report, redacted/Combetta had a forehead-slapping moment in March when he realized he’d failed to implement the new 60-day email retention policy:

[redacted] indicated he believed he had an ‘oh sh*t’ moment and sometime between March 25-31, 2015, deleted the Clinton archive mailbox from the [Platte River Networks] server and used BleachBit to delete the exported .PST files he had created on the server system containing Clinton’s emails.

The identity of the “stonetear” user is unconfirmed. Reddit users are pointing to the fact that an account on the online marketplace Etsy for a Paul Combetta has the same username “stonetear”, and the inactive website combetta.com is registered to the email address stonetear@gmail.com.

As of Monday, US News hadn’t received any replies after having emailed that account.

According to The Hill, the committee looking into the matter has scheduled another hearing on the “preservation of State Department records” for Thursday.

He and other Republicans on the panel claim that the bureau has withheld summaries of interviews with witnesses and unnecessarily blacked out material from documents sent last month.