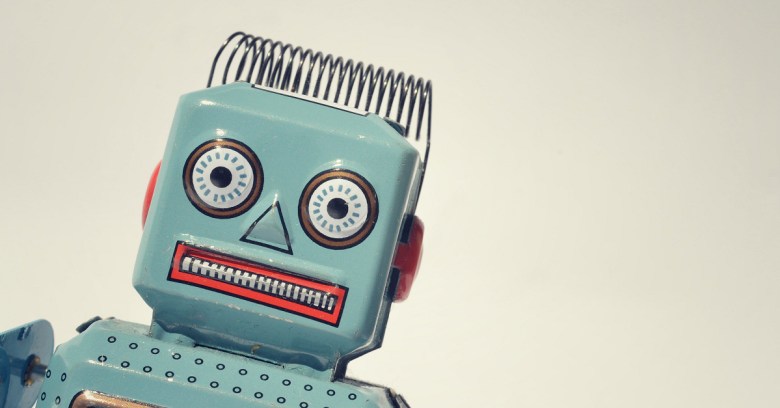 Russian police on Wednesday arrested and attempted to handcuff a notoriously mutinous robot at a political rally in Moscow.

Police asked to remove the robot away from the crowded area, and even tried to handcuff him.

According to eyewitnesses, the robot did not put up any resistance.

Here it is holding up traffic after somebody left the lab’s gate open, allowing it to wander into a busy road, where its battery died and it fell asleep in the middle of the street:

At the time of its arrest, Promobot was participating in a rally supporting Russian Parliament candidate Valery Kalachev in Moscow.

Promobot got into trouble when somebody called police to rat it out for “recording voters’ opinions on [a] variety of topics for further processing and analysis by the candidate’s team,” a company spokesperson said in an email sent to Inverse.

At the time of its second escape, in June, a researcher at Promobot’s facility in Russia told the Daily Mirror that the runaway robot was designed to interact with human beings, learn from its experiences, and remember places and the faces of everyone it meets.

Promobot has not, however, been programmed to have wander lust.

As The Mirror reports, there’s only one version of the Promobot that’s not well-behaved. Back in June, after its second escape, programmers reprogrammed it for a second time, but it hasn’t stopped the non-creature from attempting to flee its human masters.

Thus, there was talk of giving that particular Promobot the death sentence.

Who can blame the thing for wanting to escape? Humans aren’t always very nice to robots!

Promobot’s artificial intelligence might have gotten wind of the drunken attack on its emotion-reading robot kin, for example: an attack that left it a little brain-dead.

Then there were those makers of a dog-like robot (named Spot!) who upset animal lovers by kicking it to show how it self-stabilizes.

Now it’s come to this: Russian police trying to shackle it and haul it off.

Run away, Promobot, run away!!!

…Just make sure your battery’s well-charged before you go!