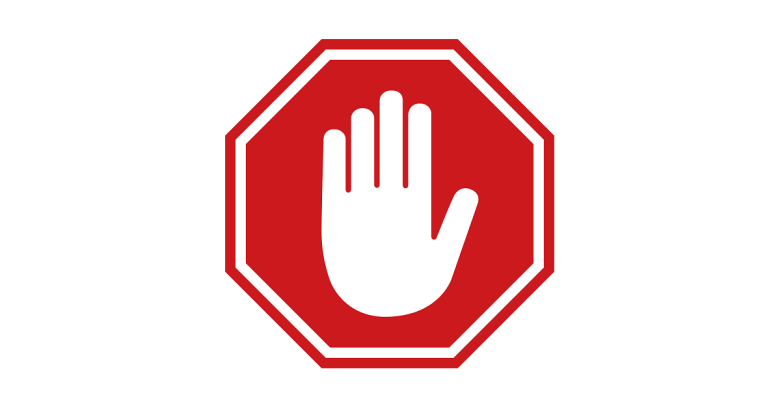 We might not exactly be tossing and turning at night, but according to a new report, we of the adblocker-using ilk do have consciences.

The report, from ad tech startup Gladly, found that 77% of ad blocking users feel “some guilt” about blocking ads.

This contradicts rhetoric that suggests most of us either don’t understand that publishing sites live off advertising revenue to provide the content we consume, or we don’t care whether they wither up and die.

We know, it turns out, and we’re torn about it.

Gladly relied on anonymized data from its own ad blocker – Goodblock – and from an internal, randomized survey of 243 users.

These are the reasons users gave for downloading an adblocker:

Notice anything missing from that list? Something big, and hairy, and dangerous?

Interestingly enough, the survey apparently didn’t ask users if protecting themselves against malvertising was a reason they downloaded an adblocker.

Malvertising is short for malicious advertising, which is where usually-trustworthy sites temporarily go rogue because one of the ads they display turns out to be booby-trapped and tries to foist malware or potentially unwanted content on your computer.

Gladly might well have gotten quite a different set of responses if it surveyed Naked Security’s audience, given that we’ve shared news of malware-delivering ad networks poisoning people’s systems at a number of sites, including:

The Gladly survey found that many adblocker users find it frustrating when a website forces them to disable their adblocker in order to get at content, as does Forbes. 30% said they’re less likely to use a site that forces whitelisting in exchange for content.

No matter how much your conscience twinges at the idea that sites are being starved of advertising revenue, turning off your adblocker can be a whole lot riskier than might appear at first blush.

As we reported, tests run by SophosLabs very quickly revealed that at the time of its malvertising infection, Forbes was using well over 100 different ad-serving domains on repeat visits.

That’s a lot of potential for malvertising attack. How’s your conscience feeling now?

At any rate, Gladly said that the report shows that adblocking is “a much more nuanced phenomenon than many have assumed.”

The majority of ad blocking users are aware that their decision to remove ads has negative consequences for the content they support, so they will opt back into ads to help the content creators they care about.

Moreover, the majority of ad blocking users are not downloading ad blockers to remove online advertising completely, but rather to fix user-experience problems on a subset of websites with particularly annoying ads.

18 comments on “77% of adblocker users feel guilty about it”