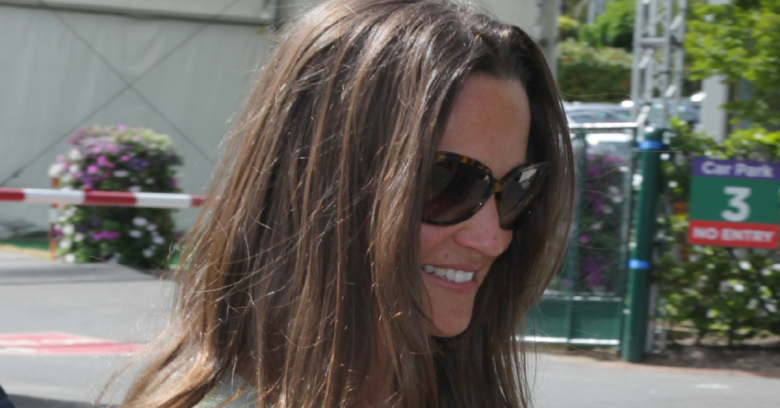 Last week, someone emailed The Sun with an offer: for “a minimum of £50,000”, handed over within 48 hours, he’d sell the publication intimate photos that he claimed to have weaseled out of Pippa Middleton’s iCloud account.

In fact, the man alleged he was in possession of 3,000 images of the Duchess of Cambridge’s sister, plus personal information, including:

To prove he was legit, the crook, who called himself “Crafty Cockney,” used the encrypted WhatsApp messaging service to send two photos showing the socialite at what appeared to be her wedding dress fitting session.

A third picture showed Pippa’s mother in the aisle of what The Sun presumed to be the church where the wedding may take place.

The Sun didn’t bite. Instead, it alerted Pippa.

She and James responded with horror, the publication said, and called in lawyers and the police.

Now, the High Court has got involved, issuing a ban on publication of the stolen photos.

According to the BBC, Pippa Middleton took civil court action against a “person or persons unknown” after her account was believed to have been broken into.

Late on Saturday, police arrested a 35-year-old man in Northamptonshire on suspicion of an offense under the Computer Misuse Act.

He was then released on bail, pending further inquiries.

Amazing that the e-thieves are still jumping celebrities.

This week, Illinois resident Edward Majerczyk pled guilty to a felony violation of the Computer Fraud and Abuse Act, admitting to “unauthorized access to a protected computer to obtain information.” The statutory maximum for the crime is 5 years.

His guilty plea followed on the heels of another similar but unconnected plea: Pennsylvanian Ryan Collins. Though the charges against both men are very similar, Collins and Majerczyk were apparently operating independently.

In another celebrity nude investigation, the US government seized a Chicago man’s computers.

None of those cases, apparently, are related to yet another celebrity hacking prosecution: that of Alonzo Knowles’ guilty plea in New York for stealing new screenplays and sex videos from celebrities …nor of the felony hacking conviction of Andrew Helton in Oregon for similar hacking of celebrity-owned Apple and Google accounts.

Persistent devils, aren’t they? In spite of all of these busts, the crooks keep breaking into people’s phones.

Be that as it may, the cops are just as persistent. So take that as a warning cybercrooks.