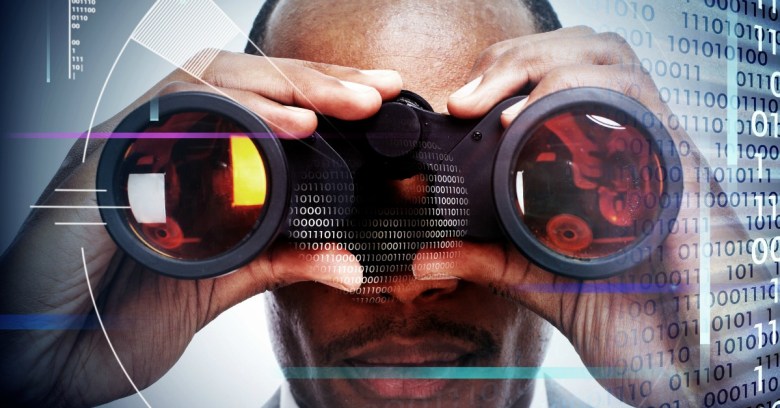 Online advertising firms have been monitoring our clicks and collecting data about us for years. These days, we expect it, even if we don’t like it.

But physical advertising hoardings – whether next to the road, on the subway or inside a bus – haven’t typically been able to monitor us the same way. That’s all about to change if Yahoo gets its way. The search engine firm wants to monitor an entirely different kind of traffic.

Yahoo has filed a patent for a billboard that would spy on the people watching it in a bid to tailor the ads that it shows.

According to the patent, the billboard would look at people “in aggregate”, using a combination of sensors including microphones and cameras which may be located either on the billboard or on drones nearby.

It would watch and listen to people near the billboard to get a sense of who they were and how they were reacting, which would help it to tailor what it showed them.

The patent explains that the billboard might work with advertising exchanges, meaning that it wouldn’t just display its own ads, but might also put them devices including tablets, phones, smart watches and TVs.

Theoretically this could mean that someone surfing the news on the bus might suddenly find themselves seeing an ad for the local factory outlet or a nearby housing development (“If you lived here, you’d be home by now!”).

The system wouldn’t personalize the advertising down to an individual level, but would rely on “grouplization”, which is apparently jargon for aggregating information about a lot of nearby viewers at once.

That won’t stop it identifying people personally to help understand the crowed a little better, though – the document specifically describes using device data or camera images to identify individual passers-by.

If you have anything around or on you that connects to the Internet of Things, the possibilities for identification and information are “virtually limitless,” it says, in a sentence which makes creepy clowns seem cuddly.

The idea is to determine “real-time information that correlates with demographic characteristics of at least some of the target audience”, the patent says. The billboard would find out as much as it could about the current crowd of people looking at it, including information about any individuals in the crowd as it could pinpoint.

The system would then reference socio-economic data stored in marketing databases to figure out what kind of crowd was looking at it. It would then show appropriate content that would maximise the chance of a sale.

So perhaps it might throw up an ad for a five-star resort if it sees a Tesla Model S or two in a traffic jam, but if a bus went by, or if it saw more than a few old beater vehicles in the traffic lineup, it might switch to something a little more downmarket. How ruthlessly efficient, and utterly depressing.

In summer 2013, UK firm Renew installed bins around London that would display personalised ads to passers-by after scanning their phones’ unique MAC addresses to determine their identities.

And we’ve written in detail about the shops and malls that track phones to see how people move around the place.

US politicians are already nervous about the privacy implications of advertising hoardings that gaze back. In May, Senator Charles Shumer urged the FTC to investigate electronic billboards that monitor the phone Mac addresses of the people around them.

Billboards may end up being only one of several technologies that could be used to track visitors, though. In 2013, Apple launched iBeacon, a variation on beacon technology that enables retailers and others to track users inside buildings. Google has its own beacon standard, called Eddystone, which enables beacon sensors to open URLs directly on visitors’ devices.

Analysts suggest that consumers are just as likely to use these technologies to track tiny hardware sensors attached to stuff they don’t want to lose, like luggage. Retail is a potentially big market, but adoption is relatively slow, possibly because if a retailer doesn’t do it right, they risk irritating the customer.

Not that customer irritation will be a problem with Yahoo’s billboard. If anyone executes on the patent, billboards will know a lot more about you when they serve up commercial messages on your way to work.

Try as you might, it’ll be a little more difficult to adblock that, because you may never even know that it happened.