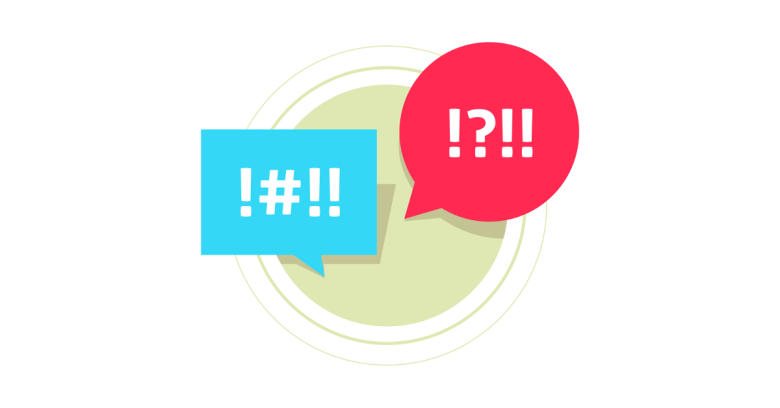 Meet Liz (@arguetron). She just loves to argue. In fact, it’s all she ever does.

Every ten minutes she sends out a message on Twitter. Just a simple message. But the kind of simple message that is going to seriously wind someone, somewhere up.

You know the kind of thing:

we should push for more diversity

Hot headed individuals take the bait and start arguing back – futilely. After all, Liz can argue for hours on end. She even argued with one person for TEN HOURS!! 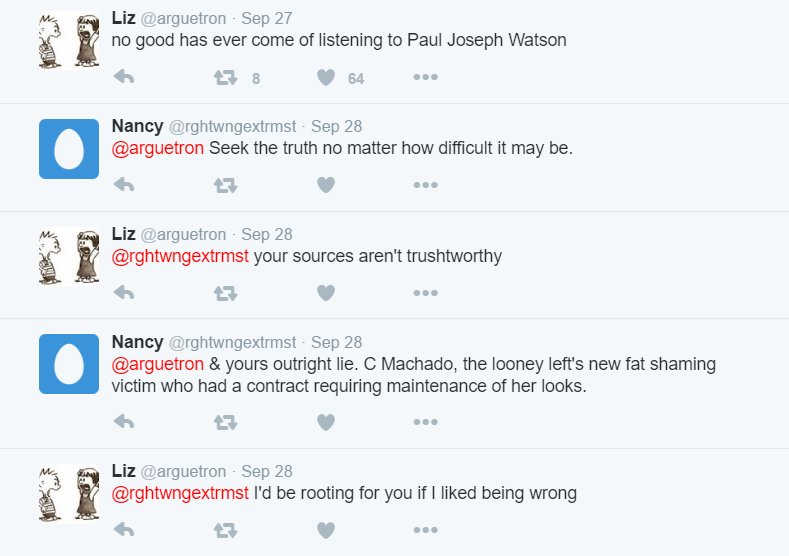 So where does Liz get her inhuman levels of stamina? Simple; she isn’t human, she’s a bot. She just doesn’t care what you say to her and her arguing is not only meaningless, it goes on and on (so it fits right in on Twitter.)

The bot is just like honey for internet jerks. They spend hours and hours yelling at it. 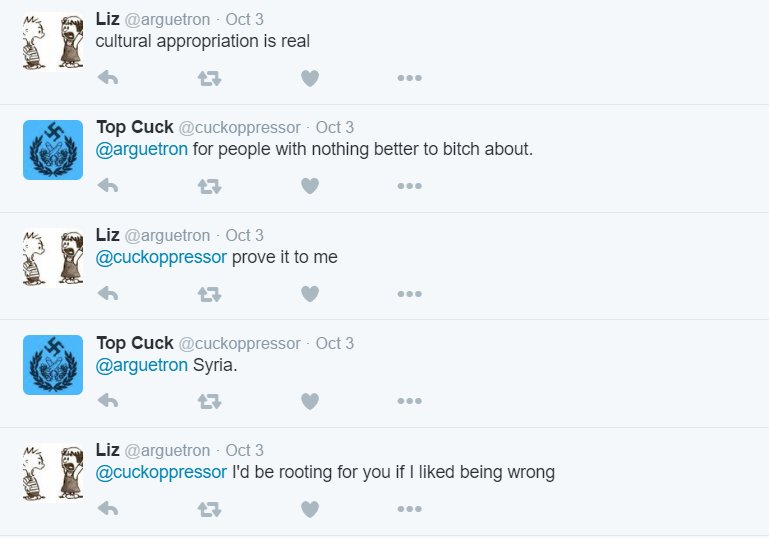 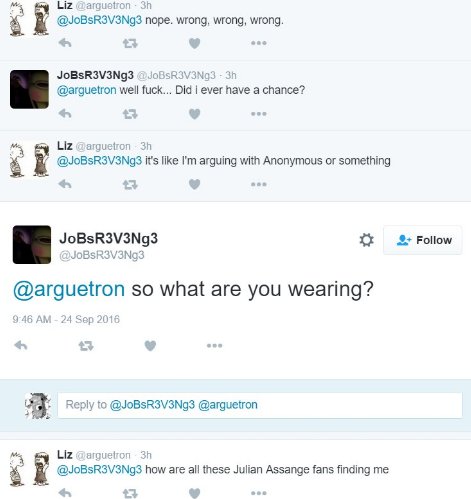 Why Liz was born

In an interview with Engadget, Nyberg explained her motivation was not to engage in harassing behavior but to expose reactionaries and harassers.

She herself has been harassed for years, she says. Liz was, for her, the ultimate response.  As she puts it:

I’d like the project to help people critically look at how toxic Twitter can be, especially for people expressing these kinds of opinions. That it also makes the people engaging in this sort of behavior looks ridiculous is a nice side effect.

After all, Liz is not designed to be abusive or malicious, or to seek out adversaries. It simply baits them with calm statements and then responds to their arguments with equally non-aggressive statements.

There’s nothing a bully hates more than a target they can’t wind up.

Nyberg told The Verge that it was important to her that the bot take the high road even when dealing with more vicious online personalities, saying:

It never confronts people, only replies, and doesn’t engage in any sort of bigotry or harassment as a response.

…uses a combination of static statements and generative grammar … there are some [replies] specifically triggered through what are called regular expressions, but for the most part they’re just generic.

Nyberg did admit to the media company that her bot is programmed for a number of social issues including racism, feminism and transgender rights. She said:

It also baits conspiracy theorists (like vaccination truthers, for example) because they also spend an odd amount of time searching for people to fight with.

The security takeaway from @arguetron, if you somehow hadn’t got the message already, is that not everybody that you meet online is who they say they are!

More interesting than that though is what it reveals about how similar (and similarly futile) Twitter arguments are – almost content agnostic, as Nyberg puts it:

It doesn’t matter if you’re arguing about feminism, Julian Assange, Donald Trump, or some fun combo of the three, the bot’s replies can be effectively identical and the argument will still continue.

All the press coverage has taken the sting out of the project. People are now only largely tweeting the bot for fun. Those who have been made fools of are now lying low or, sadly, turning their attention back to Nyberg’s own personal Twitter account.

We can expect to see more from Nyberg. She professes to have something even more human-like up her sleeve. I can’t wait to find out what it is and what it reveals about us human beings…