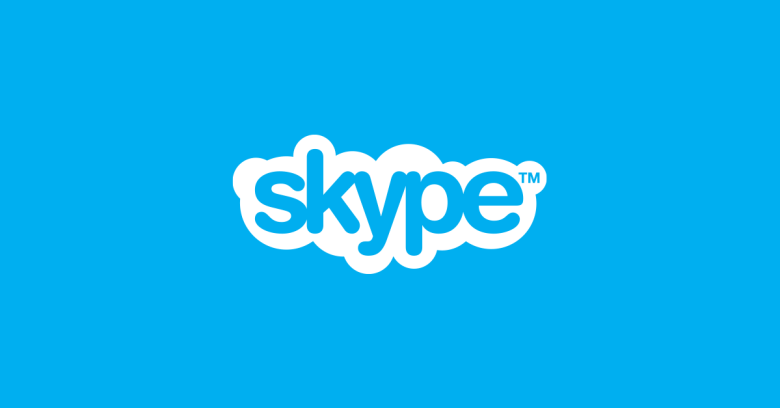 If you type on a laptop or desktop keyboard while you Skype, call participants can snoop on what you’re writing, according to new research.

According to a paper from researchers at the University of California, Irvine; the Sapienza University of Rome; and the University of Padua, the sound of keystrokes, or acoustic emanations, can be recorded during a Skype voice or video call and later reassembled as text.

Gene Tsudik, Chancellor’s Professor of computer science at UCI and one of the coauthors, told ScienceBlog that eavesdroppers can learn exactly what you type, including confidential information such as passwords “and other very personal stuff.”

Acoustic snooping on keystrokes has been shown to be theoretically feasible in the past, but it’s been pretty much in the realm of James Bond.

There was the scenario in which researchers showed that a smartwatch’s motion sensors could be used to detect what keys you’re pressing with your left hand (or whatever hand the watch is on) and thus guess at the words you’re typing, for example.

But cybercrooks would have had to create an app that camouflages itself – for example, as a pedometer – and use it to track what someone types.

Before that, there was the team of researchers from Georgia Tech who demonstrated how to spy on what was typed on a regular desktop computer’s keyboard via the accelerometers of a mobile phone placed nearby, using special software to analyze vibrations set off by keystrokes.

That was a tougher proposition still: the phone had to be within 3 inches of the keyboard. Attackers would be out of luck if their targets left their phones in their pockets or purses or simply moved them any further than 3 inches away.

The beauty, or hazard, if you will, of Skype eavesdropping is that a snooper doesn’t need physical proximity to a target, precise profiling of the victim’s typing style and keyboard, and/or a significant amount of the intended victim’s typed information (and its corresponding sounds).

The researchers from Italy and California are calling their new acoustic eavesdropping attack Skype & Type (S&T), though it’s not just Skype that’s vulnerable. In fact, any Voice-over-IP (VoIP) software will do.

But one of the most popular VoIP softwares out there is Skype. The researchers found that Skype can acquire enough audio information on overheard typing to reconstruct keystrokes typed, including randomly generated passwords or PINs, with minimal profiling of the typist’s typing style and keyboard.

The ability to grab random keystrokes is a significant advance from earlier work, including that 2011 attack scenario described from Georgia Tech, which could only work reliably on words with three or more letters.

Anybody following sensible security practice doesn’t use a dictionary word for their password (though they well might be using the passphrase technique of stringing words together, made famous by the xkcd cartoon correcthorsebatterystaple).

Earlier acoustic attacks relied on the characteristics of collected keystrokes pairs compared against a dictionary.

The technique from 2015 that used a mobile phone’s sensors analyzed the timing of each keystroke and the displacement of the watch as the wearer moved his or her wrist to reach for keys that are nearer or further away.

With this recently described acoustics eavesdropping technique, an attacker familiar with a target’s typing style and type of keyboard (they all have different acoustics) can hit an accuracy of 91.7% in guessing any random key pressed.

It’s possible to build a profile of the acoustic emanation generated by each key on a given keyboard.

Even if an eavesdropper is ignorant of the keyboard being used and the typing style of a target, the accuracy can still hit 41.89%.

The researchers said that if the attacker’s goal were to eavesdrop on a random password, trying the letters guessed at by a Skype & Type attack would reduce the average number of brute-force attempts to crack it by up to 12 orders of magnitude.

Even in the most challenging attack scenario, they say it would still reduce the brute-force attempts by one order of magnitude.

The researchers showed that their Skype & Type attack can also handle typical VoIP quality problems, including internet bandwidth fluctuations that cut call quality and the interruption of people speaking over the sound of typing.

Tsudik told ScienceBlog that this type of attack isn’t possible with touch-screen or holographic keyboards and keypads.

Plus, an attacker would have to be on the call, given that it would be extremely difficult to get past Skype call encryption to intercept keystrokes.

But that still leaves plenty of scenarios where people on a Skype call might be interested in snooping on others, Tsudik said.

The interesting thing is that people who talk on Skype are not always friends and do not always have mutual trust.

Imagine a call between lawyers on opposite sides of a legal case – or business competitors or diplomats representing different countries.

4 comments on “Snoops can tell what you type while you Skype, researchers find”