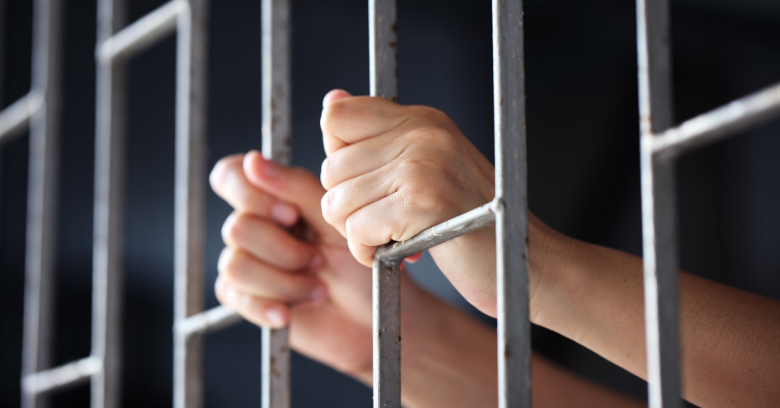 You don’t always go looking for love. Sometimes it just finds you.

Other times, it reaches out from the internet, sends you X-rated photos and a sob story, and then takes you to the cleaners.

He would have sent her proceeds from the sale of his home, too, if a court injunction hadn’t stopped him.

According to Kent Police, Brian Ridpath, of Willesborough, Kent, England, became both the victim of and, apparently, a pawn in a classic Nigerian email scam.

Ridpath’s lawyer says that his client still believes that the object of his affections – a “woman” (heaven knows if that part’s true – could be a guy, could be a gang of scammers, could be a keyboard-pecking chicken, for all we know) -calling “herself” Lisa Johnson was working in Nigeria and needed £30,000 because the corrupt regime had seized her passport.

The accountant lied to a client, telling him that “Lisa Johnson” was a business associate in trouble. He’d met her in Liverpool, he claimed.

She was good for the money, too: she was expecting a whopping $640,000 from a deal in China and just needed some money to pay import taxes in the meantime, Ridpath told his buddy.

His friend forked over a loan of £30,000, then another £90,000 that Ridpath hit him up for within a few days, and then another £30,000. Ridpath came back looking for more, but his pal balked and alerted police.

At Canterbury Crown Court on Friday, Ridpath sheepishly whispered to his lawyer that no, he’d never met Lisa Johnson in person: only online.

He’s been found guilty of fraud by misrepresentation – for deceiving his friend by lying about his relationship with Johnson – and has been jailed for 18 months.

Ridpath hasn’t profited one slim dime from his fraud. He’s lost whatever funds he sent the scammers personally, he’s lost the friendship of the man he bilked, he’s lost his freedom, and he’s likely lost the respect of many who know him.

His sad story is yet one more example of the dangers held by these romance scams.

The dangers of online dating and other scams, such as advance fee fraud, go above and beyond getting fleeced financially.

Victims could wind up in jail, as did the woman who got dragged into an Argentinian prison for 2.5 years, for unwittingly attempting to smuggle cocaine sewn into the lining of a suitcase at her “lover’s” request.

You could also risk losing true love when you unwisely decide to swap your perfectly nice and very 3-dimensional fiancée for a fictional Facebook femme fatale.

She managed to drag her man out of harm’s way before he parted with the £2,000 his Facebook friend said she needed to “be with him.”

Don’t have a Rebecca in your corner? Me neither. But here are a few tools that can arm us against these completely ludicrous Lotharios and beyond-belief buxom babes:

1. Skepticism. We can’t say it often enough: people you don’t know are strangers, and they’re not always who they say they are. There are so many cases where imposters have targeted kids, such as the paedophile who posed as Justin Bieber, or the 22-year-old from New Jersey who posed as a teenager to stalk girls online.

Adults have their own flavors of lying sleazebag fraudsters too: cybercrooks who prey on vulnerable love-seekers on dating sites; who convince them they’re sending money to needy soldiers; who send bogus emails claiming you’ll get a payment just as soon as you first pay a “shipping agent” (again, that’s “advance fee fraud“); or by voluptuous women who, strangely enough, are forced to find love online – presumably because Russia is fresh out of men who like those buxom blondes.

2. The ability to perform an internet search. You don’t have to be a cyber forensics genius to do a simple search, like Rebecca did, to educate yourself on online scams, or online dating scams, or romance scams.

Note that she could have taken it one step further and done a reverse image lookup search to see where else her fiancée’s brand-new gal pal had been hanging out online.

You could well find the photo a fake friend has used, posted on sites devoted to exposing the fraudsters who use the same images over and over – typically, images that were stolen from elsewhere.

You’re reading a cybersecurity blog, so perhaps you wouldn’t fall for a romance scam. But you probably know plenty of people who would. Keep an eye out for loved ones who might not have their skepticism cranked up high when they go online.

If they’re too smitten to listen to reason, run an image search for them, and show them the results.

If your friend/relative/whoever is still not convinced, try quizzing them on whether their online lover has any of these attributes of sweetheart swindlers, provided by the FBI: