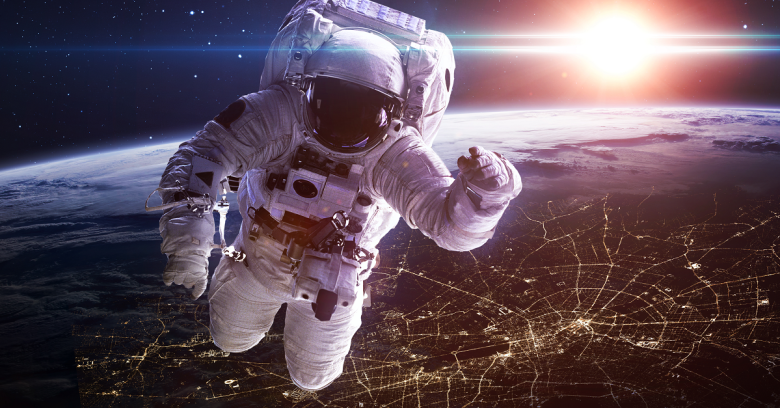 Were you one of the millions and millions of people who viewed the ostensibly live Facebook video of a space walk on Wednesday?

Sorry, but if you saw it and believed that it was a live stream from the International Space Station (ISS), you’ve been snookered.

That didn’t stop the video from going viral on social media, though.

The outlets that posted it include UNILAD, which had scored 17 million views as of Wednesday afternoon.

Then too, it was put up by Viral USA, where it had taken in 26 million views by that same time frame.

According to Mashable, the so-not-live video at one point was also posted on a site called INTERESTINATE, though it now appears to have been taken down.

Perhaps somebody woke up and smelled the 3-year-old coffee!

Mashable checked in with NASA, who confirmed that the feed wasn’t accurate.

If there had in fact been a space walk scheduled for the date, it would have been announced by the ISS, on the official NASA site and/or on its Facebook page.

Here’s the spot where you can see truly live streaming from the ISS.

The fake feed on UNILAD’s Facebook Live looks like it well may have been the same as this one from 2013, which shows ISS Expedition 38 and a spacewalk by Russian cosmonauts Oleg Kotov & Sergei Ryazanski:

We’ve seen a good amount of bogus news on Facebook ever since it snipped humans out of its news curating business.

Three days after it fired the editors, a hoax about a Fox News anchor getting fired for backing Hillary Clinton hit the Trending Topics slot.

On the anniversary of 9/11, a hoax story about a “truther” article that falsely claimed to contain evidence that the World Trade Center buildings fell because of “controlled explosions” also found its way into Trending Topics.

My favorite: the 8 September account of the iPhone’s new and literally magical features, including the gleeful news that Siri would physically come out of the iPhone 8 and respond to user commands… sourced from a satirical Faking News page emblazoned with the title “Faking News.”

But this time around, the space walk hoax isn’t the result of kinks in Facebook’s new Trending Topics algorithms, which it’s still working out, even as it teams up with Twitter and news organizations to try to stamp out hoax news articles.

Rather, this has to do with media outlets that try to score viral hits by doing things like allowing users to submit videos.

Do they check that videos are legitimate? For that matter, how does Facebook verify that Facebook Live videos are, well, actually live?

I asked. I’ll update the story if the company has any interesting input.

Does this matter? Naked Security’s Maria Varmazis put some good perspective around that question.

Citing Facebook’s current 1.7 billion monthly active users, she noted that Facebook’s become a media giant in its own right.

For many people, Facebook is the primary spot where they get informed:

For many Facebook users, their Facebook newsfeed has become their central, if not only, news outlet. So the pressure is on for Facebook to get the Trending Topics area right.

Maybe we should say “ditto for so-called Facebook Live!”

In the meantime, here’s an utterly obvious but totally worth repeating chestnut of advice: don’t believe everything you see on Facebook!

2 comments on “Facebook hoax: “Live” videos of space walk? Not quite!”