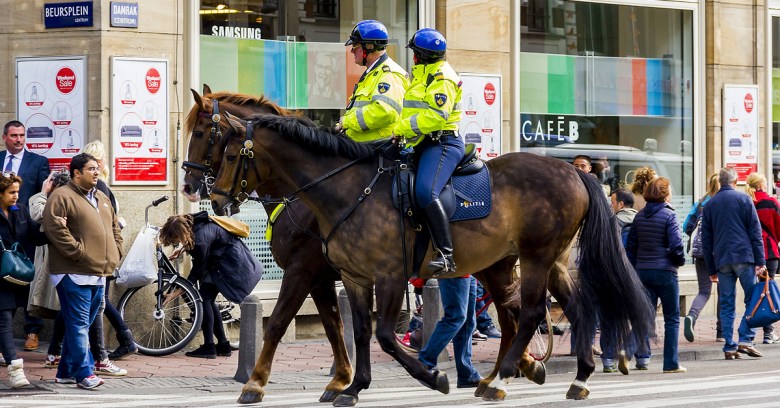 Tor, the conduit for below-the-radar browsing, and drugs, weapons and other illegal activities, has been under the microscope by law enforcement in the past two years. In the past months alone, we saw Brian Richard Farrell, who helped run Silk Road 2.0, sentenced to eight years in jail for his work in the dark market. His arrest was part of Operation Onymous, which aimed to take out illegal marketplaces on Tor, back in 2014.

Just this week we learned of yet another campaign to take down more illegal marketplaces on Tor. The latest move, Operation Hyperion, was a joint effort by law enforcement agencies in the US, the UK, Europe, Australia, Canada, and New Zealand, and took place between October 22 and 28. Operation Hyperion took down a number of Tor sites selling drugs, stolen identities, weapons and hacking services.

It seems a number of the arrests in this latest sting were in the Netherlands, as one of the sites targeted now features a splash page from the National Police and Public Prosecution Service of the Netherlands, with usernames of active, arrested and identified vendors featured, as well as a FAQ. 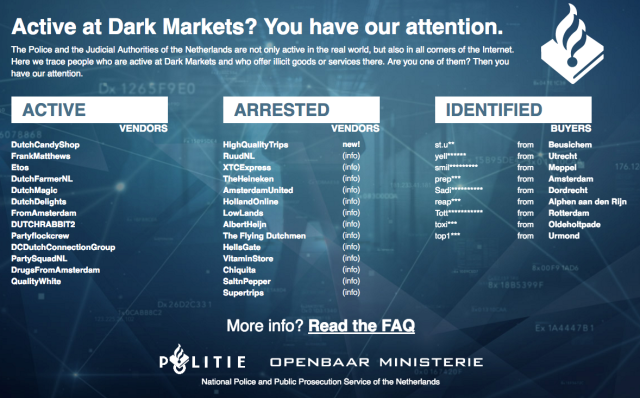 The FAQ  helpfully suggests for anyone potentially falsely identified as a “dark market buyer” to get in touch with the Dutch police.

Tor is certainly not inherently bad, as its anonymizing abilities provide protections to many users who have concerns about their privacy online, especially for political reasons. But it also attracts the illicit and illegal elements. The message from this latest joint law enforcement operation seems to be that no one is quite as anonymous on Tor as they think, and that law enforcement around the world are banding together to try to stop – or at least slow – illegal marketplaces.

Do you think we’ll ever see illegal marketplaces off of Tor once and for all, or is it a hopeless cause?

4 comments on “Tor marketplaces shut down by Operation Hyperion”