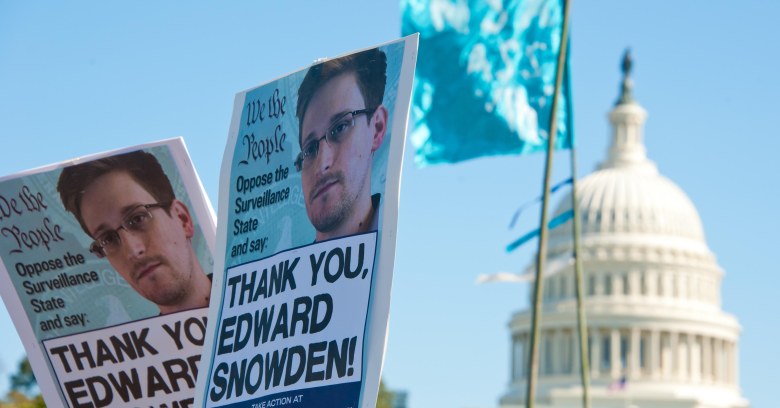 Obama urged to be lenient on Snowden

Barack Obama may be feeling a little demob-happy ahead of stepping down from the presidency in January and handing over to president-elect Donald Trump, but it’s doubtful he’ll accede to the call from 15 former members of the Church Committee to allow whistleblower Edward Snowden to return to the US without facing the legal consequences of his actions.

The Church Committee was the 1970s Congressional body set up in the wake of the Watergate scandal to investigate wrongdoing by the CIA. In their letter to Obama, the 15 point out that, the illegality of his actions notwithstanding, Snowden did uncover widespread surveillance overreach and sparked a valuable debate that has led to legislative reform.

They also note that other miscreants have been treated leniently, including former CIA director David Petraeus.

Snowden however should probably plan on staying put in Moscow, as Obama has already said that he can’t pardon someone who hasn’t submitted themselves to the legal process and pleaded their case in court.

Sometimes when you have a problem the best approach is to crowdsource it. That’s what’s happening with the ongoing headscratcher of how Facebook could and should tackle the torrent of fake news being spread on the platform.

Eli Pariser, the founder and CEO of news site Upworthy, floated the idea on Twitter on November 17 of asking experts to add their ideas to a crowdsourced Google document. That was just over two weeks ago and now that original document has ballooned to more than 100 pages with the contributions of journalists, academics, technologists, editors, social media experts and others.

Pariser has organised the document into sections covering, among others, algorithms, human editors, machine learning and the dark art of behavioural economics, how to measure the reputation of those sharing stories and more.

It’s an extraordinary and rich collection of opinions and suggestions from some of the foremost experts in their fields, within which should be some thoughtful and innovative solutions to a growing problem.

Tim Berners-Lee, the inventor of the world wide web, has hit out at the Investigatory Powers Act, which became law yesterday, saying it creates “a security nightmare”, and adding that the new law “undermines our fundamental rights online”.

This is strong stuff from the man who is respected around the world not only for having invented the system of hyperlinking that gave birth to the web but also for his always thoughtful commentary on what his invention has become.

Berners-Lee has said that these are “dark, dark days” and told the BBC: “The Snooper’s Charter has no place in a modern democracy.” The democratic process has swung into action to tackle it, however, with a petition to repeal the act heading for 150,000 signatures at the time of writing. Having passed 100,000 signatures, MPs are obliged to debate the proposal – though whether that will lead to any changes, never mind repeal, is another matter altogether.