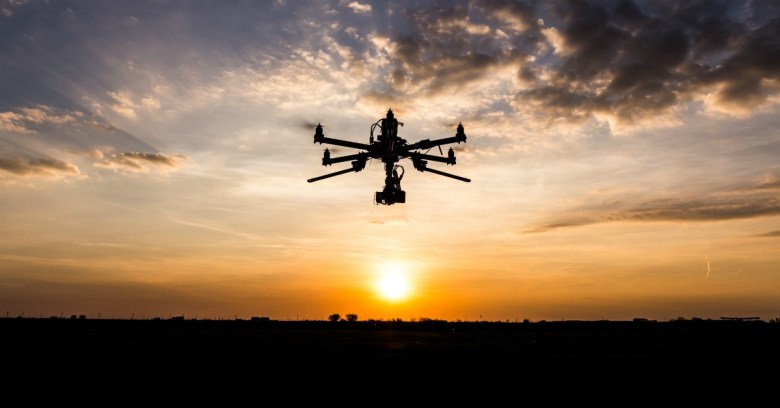 Put “Apple to use drones for mapping” in the same headline with “indoors”, and a vision of whirring drones invading museums or airports might pop up, if not the image of drones hovering outside your bedroom window.

As it is, we’ve seen Google get into all sorts of mapping-related privacy collisions, what with its WiSpy scandal.

Is Apple heading the same way?

No. Apple is in fact reportedly planning to deploy drones to improve its Maps service, which certainly had some teething problems, but those drones won’t be going indoors.

Apple Maps’ teething problems sparked both hilarity and concern: one memorable example was when multiple drivers followed their iPhones straight on to an airport ramp side of a passenger terminal. A legion of miscues has also included bridges that looked like they plunged into rivers and Berlin getting plunked into Antarctica.

Besides deploying drones to help it avoid such Map glitches, Apple’s also planning to roll out new indoor navigation features, but it’s got an entirely separate, non-whirring technology for mapping museums, airports and other heavily trafficked indoor areas.

In March 2013, Apple acquired an indoor mapping company called WiFiSLAM. Then, in November 2015, it quietly launched an app called Indoor Survey that allows users to map the interior space of a building using their iPhones.

It sounds like WiFiSLAM technology might well have been incorporated into Indoor Survey. Like WiFiSLAM, Apple’s software uses a mashup of technologies – WiFi signals, GPS and more – to craft more accurate positions and maps than can be achieved through location data that’s based on trilateration or triangulation of WiFi and cellular signals, particularly when users are indoors.

As far as Apple’s use of drones go, Bloomberg reports that Apple filed for an exemption in September 2015 from the Federal Aviation Administration to fly drones for commercial purposes.

According to documents seen by Bloomberg news, the FAA has granted approval for Apple to operate an unmanned aircraft system to “conduct data collection, photography, and videography”.

Drones will be used to collect information on things such as street signs, to track changes to roads, and to monitor areas that might be under construction, according to a Bloomberg source who’s familiar with Apple’s plans. The collected data will be used to quickly update the Maps app to keep it fresh, the person said.

Craig Federighi, Apple’s senior vice-president of software engineering, has admitted that Apple Maps could indeed use some help. From an interview with Fast Company:

We needed to develop competencies that we initially didn’t appreciate.

Maps presents huge issues relating to data integration and data quality: things we would need to do on an ongoing basis.

Drones will come in handy for that: they’ll be used to capture and update map information faster than camera – and sensor-equipped minivans, said one person familiar with Apple’s plans. They’ll be cheaper than vans, as well, and will be able to get into areas that road-bound vans can’t access.

Improving Maps isn’t just about keeping people from getting squashed by planes. Maps integrates into many popular iOS apps, including Airbnb, Foursquare, Yelp and Zillow.

Maps is this core organizing structure for the physical world in which you interact. The map is a foundation for building all kinds of value on the platform, just as our operating systems are a foundation.

Apple is reportedly putting together a new Maps team in Seattle, according to one Bloomberg source. It’s already hired at least one person from Amazon’s Prime Air division to run the drone team. Prime Air is an Amazon project that aims to deliver packages via drones.

Per FAA rules, Apple’s drones will fly mostly in daytime hours. Apple has committed to following those rules, which also require that the drones be operated by licensed pilots who’ll keep the drones in their line of sight.