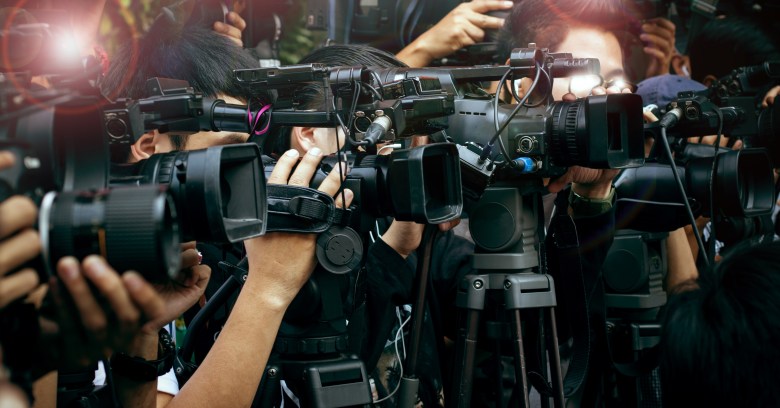 Well, now, this is meta, said the creator of a fake-news labeling extension that Tech Crunch incorrectly identified as a new Facebook extension…

“Yes, the irony is rich,” Tech Crunch’s Taylor Hatmaker said in an update.

Looks like I’m gonna have to add @TechCrunch to the B.S. Detector, cuz uh… no. That’s my extension. https://t.co/EgTqqjPDbn

The extension is called BS Detector.

Its creator is Daniel Sieradski, an activist and independent journalist who threw it together in an hour as a proof of concept using dummy data, he said.

BS Detector was designed to work with Twitter and Facebook, but users reported that it was breaking some sites and slowing down Facebook. As of Monday night, the developer had disabled functionality on all sites except Facebook, according to the Chrome Web Store listing.

It had been downloaded 27,558 times as of Monday night.

The reviews ranged from contemptuous:

Laura Isabella Noelle Modified 3 days ago
Snowflakes can’t be bothered to critically think for themselves so they need a nanny to keep them safe from “fake news” and “satire”. BS attempts to act as nanny, but who will mind the nanny? Install only if you need handholding and safe spaces to function in the adult world.

…to those from people who see value in such an extension but want more clarity into how a news source’s veracity or lack thereof is determined:

Mindy Tauberg Modified 1 day ago
I’m not having the performance issues earlier raters seem to have had. I tried browsing a variety of liberal and conservative news sites and it seemed generally to accurately identify the more biased sites, though I would probably add some to the list of flagged sites if it were me. I wish it were more clear how it’s determined which sites are reliable and which are not.

Here’s what Sieradski had to say on that subject in an interview with Motherboard’s Vice:

The list of domains has been compiled from various sources around the web. Right now, I and the community of open source contributors to this project are working through the list, classifying sites, removing sites that don’t belong and adding ones that do. Of course, while the process is open, this isn’t the best methodology and so at this time I am reaching out to media watchdog groups that have more concrete methodologies and research to back up their classifications in hopes that we can partner.

When asked if it was, in fact, blocking BS Detector, Facebook on Friday told the BBC that it was looking into the matter.

Sieradski isn’t the first to throw together a fake-news labelling extension in the wake of the furor that’s erupted  in the wake of the US election, with pressure mounting on companies including Google, Facebook and Twitter to do more to fight fake news.

Facebook CEO Mark Zuckerberg has stressed that this is complex stuff, technically and philosophically. Facebook doesn’t want to suppress people’s voices, so that means it errs on the side of letting people share what they want whenever possible. The more people share, the more the ad revenue flows, and it doesn’t matter to ad revenue what people share, be it divine inspiration or drivel.

But over at Princeton University, four college students recently showed the same thing that Sieradski has with BS Detector: that as far as the technical part of the equation goes, these extensions can be thrown together in a jiffy.

Ditto for what came out of a recent hackathon in London that was hosted by the Trust Project – an organization set up to re-establish trust in mainstream media – in partnership with the BBC.

These were the ideas and developments that came out of the event’s hacking teams, according to the BBC:

But just because developers can throw these extensions together in a flash doesn’t mean the extensions are going to get it right. As it is, hackles are going up with what some say is the unfounded labelling of sites:

You have to wonder: with all these plugins plugging in, how long will it be before the sources of fake news come up with their own fake news plugin?

This could blossom into a war similar to that of the adblockers vs. the adblocker blockers. At this rate, we’re going to need a plugin to block the fake fake news plugins.