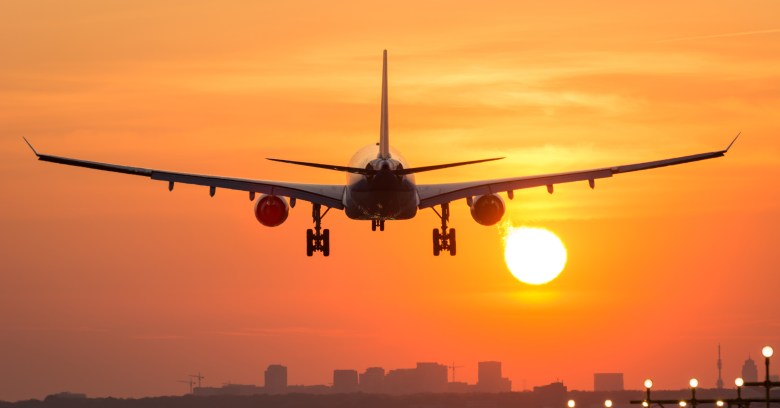 If you’re one of those passengers who snuck phone calls from the plane in recent years, be warned: spies on the ground might have been tracking you.

Intelligence operatives from the UK and US have been trying to intercept aircraft-based calls and data transfers since 2005, according to multiple news reports.

Air France was an early target of the NSA and its British counterpart, GCHQ, after the airline conducted a test of phone communications based on the second-generation GSM standard in 2007, according to The Telegraph.

According to the reports, one NSA document from 2010 included the following comment: “What do the President of Pakistan, a cigar smuggler, an arms dealer, a counterterrorism target, and a combatting proliferation target have in common? They all used their everyday GSM phone during a flight.”

Another document from 2009 cites an NSA statistic that 100,000 people had already used cellphones during flights up to that point.

Le Monde reported that the NSA attributed the high volume to “more planes equipped with in-flight GSM capability, less fear that a plane will crash due to making/receiving a call,” and calls not being as expensive as people thought.

Meanwhile, according to the reports, GCHQ disclosed a program called “Southwinds” in 2012, used to collect all cellular activity – data transfers, voice communication and more.

Specifically, Southwinds was designed to capture calls as they were transmitted to and from Inmarsat satellites over Europe, the Middle East and Africa.  GCHQ outlined it in a presentation published by Le Monde.

Southwinds became an important tool of the agency’s Thieving Magpie interception program. Thieving Magpie allowed GCHQ to track people of interest anywhere in the world as long as their phones were switched on. The phones would log on to in-flight cellular base stations and signal to their home networks which aircraft they were roaming on, even if not used to make calls or send data, according to another report from the IDG News Service.

“We can confirm that target selectors are on board specific flights in near real time, enabling surveillance or arrest teams to be put in place in advance. If they use data, we can also recover email address’s, Facebook Ids, Skype addresses etc,” the presentation said.