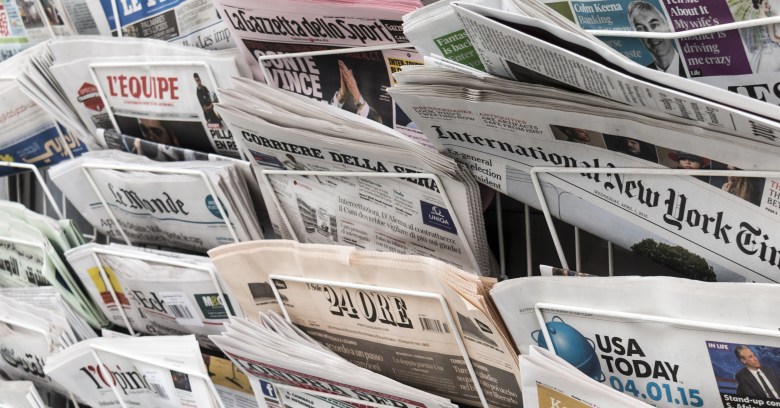 Amid the concerns about “fake news”, Google is rolling out a change to desktop search to remove its “In the news” section and replace it with a “Top stories” carousel with links to news sites.

The aim is to distinguish between the Google News product, which is curated by actual human beings, and the now renamed “Top stories”, which are pulled together by the search algorithm.

Google’s move is a response to the rising concern that deliberately inaccurate stories designed to influence voting behaviour had an impact on the US election. Google caught some flak after its algorithm highlighted a blog post falsely claiming that Donald Trump had won the popular vote by a margin of nearly three quarters of a million votes.

Another day, another breach, this time a “massive” attack on the German group ThyssenKrupp AG, where technical trade secrets from the steel production and manufacturing plant design divisions have been stolen.

ThyssenKrupp, which has been the victim of hacking before, said “organized, highly professional” cyberattackers based in south-east Asia had earlier this year stolen project data.

The steelmaker added that it had decided to deal with infected systems before going public with the attack, which had happened in February. It was “not clear yet” exactly what had been stolen, and said that it couldn’t put a reliable estimate on the damage caused.

Germany’s Federal Office for Information Security said cyberattacks were costing the country between €45m and €50m per year.

Britain’s chief spook, Alex Younger, the head of MI6, has defended the controversial “Snooper’s charter“, warning of the “existential” threat posed by data and the internet and welcoming the widely criticised legislation by saying “we need to have the legal basis and capabilities now provided by the IP Act”.

Privacy campaigners have condemned the extensive powers as the most intrusive piece of legislation ever passed in the UK. However, Younger insisted in a rare public speech that “the scale of the threat is unprecedented”, adding that hostile agents use “means as varied as cyberattacks, propaganda or subversion of the democratic process”. He added: “We need to be as fleet of foot on the highways and byways of cyberspace as we are on the streets of Raqqa.”