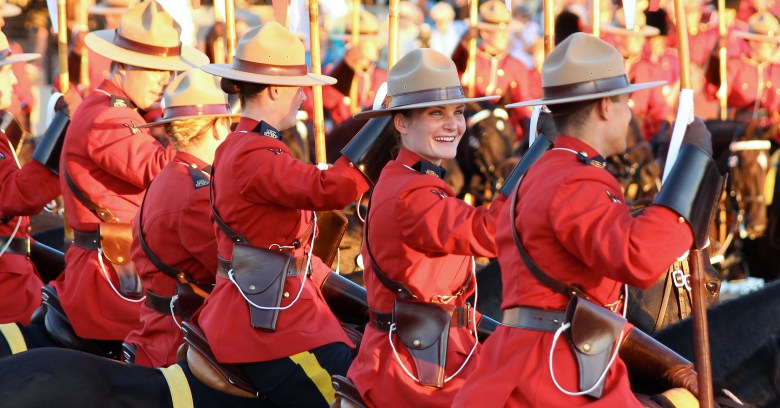 Canada’s Mounties might always get their man, but they’re not going to be using body cameras to help their crime detection rates. The Royal Canadian Mounted Police (RCMP) said earlier this week that after a feasibility study, it would hold fire on buying and deploying body cameras across 750 detachments “until such time as available technology can meet its specific operational requirements”.

While studies such as one carried out across some 2,000 police officers in the US and the UK by the University of Cambridge’s Institute of Criminology have found that there’s a sharp drop in the number of complaints against police – the Cambridge study said the drop was 93% – privacy campaigners have long disliked the trend for police officers to use body cameras.

Privacy campaigners cite fears around victims of rape and domestic violence being recorded in this way, and, as Jay Stanley of the American Civil Liberties Union noted, these videos “capture people at the worst moments of their lives”. And then of course there’s the concern that such video might find its way on to YouTube and social media.

The Mounties seem mostly to be concerned about the quality of the tech and its fitness for purpose with the cameras they looked at, saying: “The RCMP needs to have confidence in the product and ensure that the choice of technology justifies the investment of taxpayers’ money.” However, they also noted the privacy issues, adding: “The RCMP will continue to work closely with the Office of the Privacy Commissioner to ensure privacy considerations are assessed when body worn cameras are deployed in operational settings.”

It’s also possible the Canadian police are mindful of the pushback they got earlier this year when they voted at their annual conference to support legal moves to be able to compel people to hand over passwords or encryption keys. Whatever, it’s good to see them being aware of privacy issues.

There are times when the Internet of Things and its notoriously poor security gets a little more personal than most of us would like. Earlier this year, Standard Innovation, the Canadian company making the We-Vibe sex toy, was hit with a federal privacy lawsuit complaining that the company tracked settings such as the vibration settings without users’ consent.

We-Vibe is one of many sex toys that are controlled by an app, and in this case, it could also be controlled remotely if, say, your partner was travelling away from home. We-Vibe billed itself in its marketing materials as “the world’s greatest feel-good story”, but it’s probably feeling less than wonderful this week having agreed to settle the suit, which had been brought by a woman in Illinois .

The suit alleged that the app was collecting “highly intimate and sensitive data regarding consumers’ personal We-Vibe use, including the date and time of each use and the selected vibration settings” and that Standard Innovation was “transmit[ting] such usage data – along with the user’s personal email address – to its servers in Canada”.

Standard Innovation was hugely apologetic at the time and stressed that it none of its users’ data had been compromised, but the point stood and it’s now agreed to settle the lawsuit.

If you’re hanging on to a Galaxy Note 7, prepare to kiss goodbye to it: Samsung said today that it would be pushing out a software update that would once and for all brick any devices that are still out there in the wild.

Samsung’s flagship device for the holiday season first caused concern at the beginning of September when the device’s battery started to show a worrying tendency to burst into flame.

A voluntary recall of all the devices sporting a battery from the manufacturer thought to be the source of the problem went ahead, but the devices carried on exploding, forcing Samsung finally to withdraw the Note 7 from sale.

The update, which “will prevent US Galaxy Note7 devices from charging and will eliminate their ability to work as mobile devices” will be pushed out from December 19, said Samsung. If you’ve still got a Note 7, now is the time to contact your provider and arrange to swap it for something else.