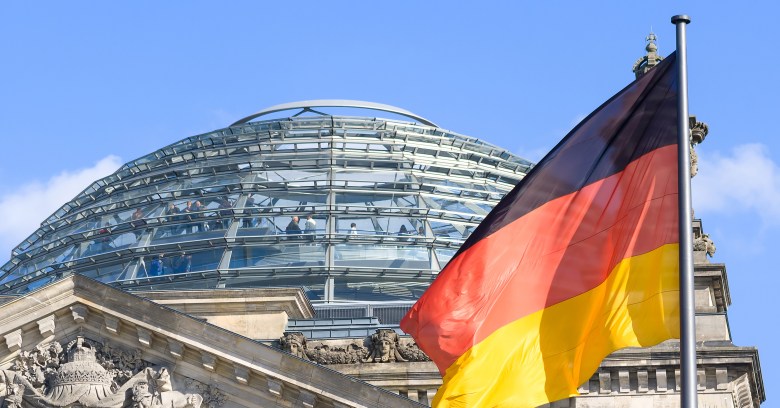 Germany’s had it up to here with Facebook being left to work out the fake news problem on its own.

Facebook did not avail itself of the opportunity to regulate the issue of complaint management itself. Now market dominating platforms like Facebook will be legally required to build a legal protection office in Germany that is available 24 hours a day, 365 days a year.

According to the German news site Deutsche Welle, lawmakers in Berlin are mulling a policy that would enable victims of fake news and hate messages to contact the German headquarters of Facebook or of other social media platforms – don’t have one? Time to get one! – to prove that they’d been targeted and to ask for action, he said.

If, after appropriate examination, Facebook does not delete the offending message within 24 hours, it should expect individual fines of up to €500,000 [$521,675].

The plan is to fast-track the new rules: DW reports that the ruling coalition wants to get a law in place before next year’s elections, and there are plans to start debate immediately after the Christmas break.

However, Germany’s federal association of newspaper publishers, the BDZV, does not love the country’s media being lumped in with social networks. It’s come out against expanding press laws to include social media sites, saying that they’re not media. Rather, they’re more along the lines of telecoms, a BDZV spokeswoman told DW, echoing Facebook’s own rationalization that it’s simply a neutral platform to present news to users, not an actual cog in the news-making machinery itself:

They should be viewed and regulated like telecom companies which are not responsible for what people are saying into the handset.

Germany’s tough talk came just one day after Facebook announced new tools to fight hoaxes and fake news. The new tools include easier reporting and the ability to flag stories as “disputed”.

It’s pulling Poynter into the mix: Facebook says it’s started to work with third-party fact-checking organizations that have signed on to a code of principles developed by the International Fact-Checking Network (IFCN), an alliance of fact-checkers hosted by Poynter.

Unsurprisingly in these polemic days, criticism of Poynter immediately sprouted after Facebook named it as a player in its new fake-news move.

Given the heightened importance of the code – I do not take lightly the additional filtering role it will now play – existing plans to establish a more formal vetting mechanism behind the code of principles will be accelerated.

There are currently 43 signatories. Poynter’s asked them all to come up with a full report of their vetting process within the next few weeks.

If the fact-checkers identify a story as fake, Facebook will flag it as disputed and will link to an article explaining the rationale. Disputed stories may also appear lower in News Feed.

Meanwhile, Facebook’s careers page now has a new listing: it’s looking for somebody to be its head of news.

Who in their right mind would want that job, given all the stakeholders they’d have to answer to at Facebook?

Dan Gillmor, Professor of Practice at the Walter Cronkite School of Journalism and Mass Communication at Arizona State University, said that this is probably “the most important journalism job in the world” and that it’s bound to attract “a lot of excellent people”.

I’d guess, even though it would be a difficult, often thankless, and possibly futile job for the reasons you suggest, that you’ll see someone of great talent and credibility in the position.

No doubt. Here’s to wishing the eventual hire all the luck in the world as Facebook grapples with post-election trauma in the US.

Luck, and hopefully a decent grasp of German.