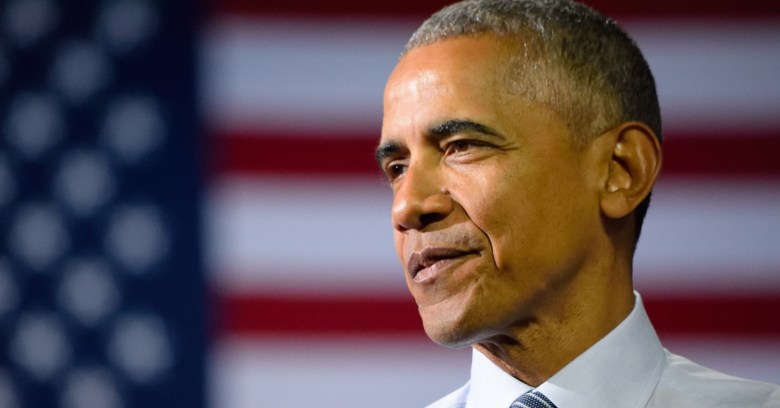 Obama warns Putin to ‘cut it out’ on hacking

President Obama told Vladimir Putin to “cut it out” when he raised the subject of Russian meddling in the US election, saying he warned the Russian leader that there would be “serious consequences” if he didn’t.

Obama told reporters in his final White House press conference that he’d confronted Putin during the G20 summit in China in September, and added that the US administration’s “goal continues to be to send a clear message to Russia or others not to do this to us, because we can do stuff to you. But it is also important for us to do that in a thoughtful, methodical way.  Some of it we do publicly.  Some of it we will do in a way that they know, but not everybody will.”

While he stopped short of accusing Putin of directly meddling in the election, Obama went on to say: “Not much happens in Russia without Vladimir Putin. This happened at the highest levels of the Russian government.”

China to return US drone

Meanwhile, officials in China and the US moved to soothe relations after China seized an underwater drone in the South China Sea, with Reuters reporting that China would return the drone “in an appropriate manner” following “unimpeded” talks.

The drone was seized in waters off the coast of the Philippines on Saturday in a move that some commentators said was in response to president-elect Trump’s unprecedented approach to Taiwan earlier in the month. Trump raised the temperature further over the weekend when he lashed out at the Chinese for their “unpresidented” actions, behaviour that prompted the China Daily newspaper to warn could “easily drive China-US relations into what Obama portrays as ‘full-conflict mode’.”

If you’re a lynda.com user, you should check your email: the company, a subsidiary of LinkedIn, has sent out warnings to some 9.5m of its users at the weekend warning that it had suffered the breach of a database that included the passwords of 55,000 users.

Lynda.com says it’s already reset the passwords of affected users, and adds that passwords are “cryptographically salted and hashed” – although there’s no indication on how they do that.

This is not great news for lynda.com’s parent, LinkedIn, which has just completed its $26bn sale to Microsoft. If you’ve got an account with lynda.com, the advice we gave Yahoo! users on Friday applies here, too.