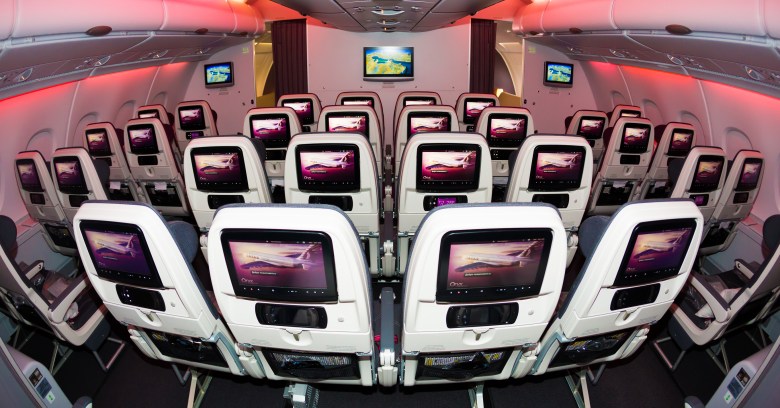 Inflight entertainment systems ‘can be hacked’

Most people who are afraid of flying distract themselves with an inflight movie or a couple of beers. Not so nervous flyer Ruben Santamarta, a researcher with IOActive, who prefers to deal with his fears by understanding what he’s scared of.

It was in that spirit that, on a flight from Warsaw to Dubai, he decided to have a closer look at the aircraft’s inflight entertainment system. What he found on the aircraft led him to discover vulnerabilities in the Panasonic Avionics inflight entertainment software that could, in theory, let a hacker control the lighting, make announcements over the PA system and steal credit card details of some passengers.

Santamarta sets out his findings in a detailed blogpost, which points out that, although most airlines separate the flight control systems from the inflight entertainment, not all do so. Panasonic, which was notified of Santamarta’s findings last year, said in a statement that it had addressed the “minor” issues Santamarta had reported to them and said Santamarta’s report was “highly misleading and inflammatory”.

Los Angeles prosecutors have asked Nigeria to hand over a man suspected of being behind a cyberattack on LA County workers in May. Austin Kelvin Onaghinor, 37, is accused of identity theft and unauthorised use of a computer, with the LA County District Attorney’s Office alleging that he targeted 1,000 officials with phishing emails.

Onaghinor tricked 108 people into handing over their details, say prosecutors, and that while they claim to have thwarted the attack, LA is warning that some residents’ personal information, including social security numbers, home addresses and bank account details might have been compromised. City officials have sent out a notice alerting people whose details are at risk, and said that Onghinor faces up to 13 years in prison.

If you’re a cyclist in San Francisco, it might be wise to give Uber’s self-driving cars a wide berth at intersections where you’re turning right.

The company has admitted that the cars, which it is trialling in San Francisco in defiance of instructions from regulators to stop the trial, has a “problem”, and that it’s instructed the onboard human to take over when heading for a right turn where there’s also a cycle lane. Cyclists in the city say the cars are cutting across cycles at the last minute, while the cars have also been observed running red lights.

Uber says its engineers are “continuing to work on the problem”.

One comment on “News in brief: inflight systems ‘can be hacked’; LA seeks extradition of ‘cyberattacker’; Uber safety fears grow”