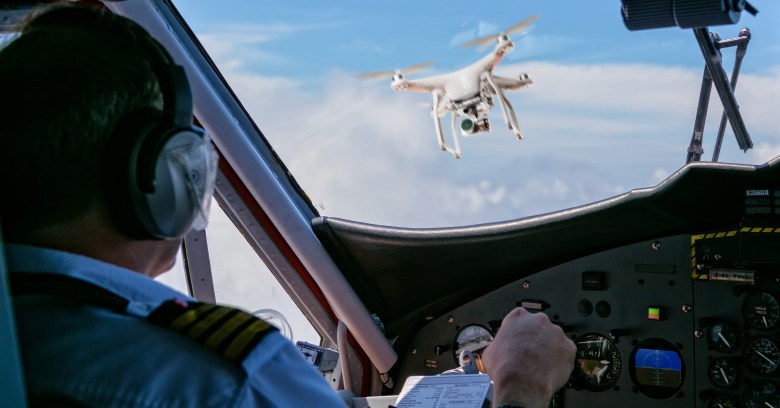 After a number of alarming near misses, UK civil aviation regulators and the government have decided it’s time to crack down on drone pilots, who could in future have to register their craft and take a safety test.

While commercial drone pilots, such as those shooting footage for TV programmes and films, already have to register with the Civil Aviation Authority, leisure pilots, who fly the drones for fun, could have to register any device that weighs more than 250g, which covers pretty much all drones that are more than a toy.

Leisure drone pilots weren’t thrilled with the proposals, but the CAA said: “Our priority is the safe operation of drones”, while Steve Landells of the British Airline Pilots Association stressed the safety fears of airline pilots. He said: “Pilots are concerned about the growing number of near-misses and the potential for catastrophe should a collision occur.”

Egyptians have been blocked from using Signal, the encrypted messaging app, the developers have confirmed. Users with an Egyptian IP address reported at the weekend that they weren’t able to use the app, and the developers have said they’re looking at ways to restore service in Egypt.

Egypt has form on blocking its citizens’ access to the internet and to web services. During the Arab Spring uprisings of 2011, access to social media platforms including Twitter and Facebook was blocked in an attempt to clamp down on dissent and unrest, and Reuters reported in April that Egyptians had also been blocked from using Facebook’s Free Basics service at the end of last year.

That was apparently because Facebook had refused to give the Egyptian government the ability to spy on users, although Egyptian officials said that the national regulator “saw the service as harmful to companies and their competitors”.

If you’re thinking of buying someone a Barnes &  Noble Nook Tablet 7 for Christmas, hold fire: the $49.99 device has reportedly been found to include the Adups firmware we noted last month. The firmware can record and transmit SMS messages, collect and phone home with information about the apps on the device, bypass Android permissions and remotely execute software, and transmit call logs, contacts, location information and more to Chinese servers.

The Adups firmware was found on a number of cheap and cheerful BLU-phone models, but it now looks as though those aren’t the only devices to steer clear of. Researcher Charles Fisher says in a detailed blog post that the only way to be sure the Nook 7 is safe to use is to wipe it and install a custom ROM. Or you could just buy another tablet.