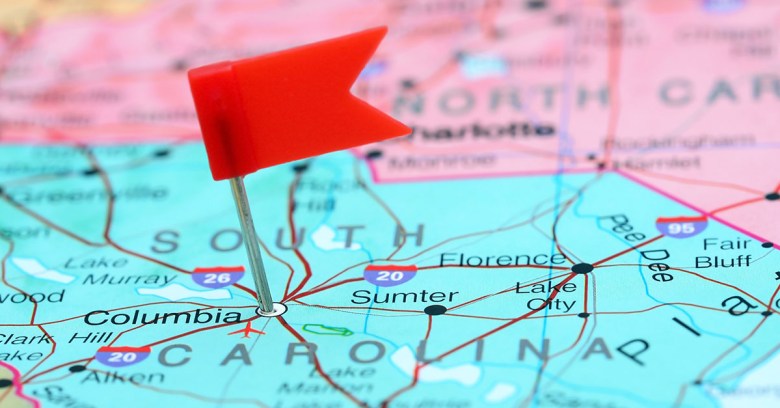 But if you’re an adult who might want to enjoy legal adult entertainment in the privacy of your own home, you can, under the provisions of the bill, pay a $20 fee to remove that lock.

Outwardly, Chumley’s Human Trafficking Prevention Act resembles morally intentioned ransomware that would be a pain in the neck to administer but easy to bypass.

If the bill became law, every computer sold in the state capable of accessing the internet (ie all new computers) would by default have to “install and operate a digital blocking capability that renders obscenity inaccessible”. It’s not clear how software blocking would filter pornography from other content, although large social media sites would be exempt.

Buyers over the age of 18, sellers and manufacturers could have the blocking deactivated for a one-off fee.

Chumley explained the scheme: “If we could have manufacturers install filters that would be shipped to South Carolina, then anything that children have access on for pornography would be blocked. We felt like that would be another way to fight human trafficking.”

It seems unkind to point out the bill’s flaws, although they are numerous.

Installing a block on any product that “makes content accessible on the internet” would require software to be written for a wide range of operating systems. That implies costs beyond the suggested $20 unblock fee.

It’s also hard to see how legislators could stop buyers ordering equipment in other states and driving back over the border. In all probability, putting a software barrier between buyers and computers would turn into an inconvenience for ordinary consumers that crackers would quickly find ways around.

The bill’s complexity is unendearing. Manufacturers and vendors must not only make sure the content filter works but ensure there is a way for users to report false positives and false negatives.

Vendors must administer the process of de-activating filters if requested (in writing), carry out age verification to that end, and issue a written declaration warning of the dangers of turning it off.

It’s sounds like a recipe for the sort of procedural bureaucracy that would have had the functionaries of 10th century Byzantium ordering in extra parchment and ink, not to mention that penalties for non-compliance include serious jail time.

More charitable interpretations of the bill are possible: might this really be a sneaky way of taxing computer sales to fund anti-trafficking and prostitution programs by the back door?

If so, however well-intentioned, it is unlikely to become law when the inevitable challenge arrives for violating the US constitution’s right to freedom of speech and expression.