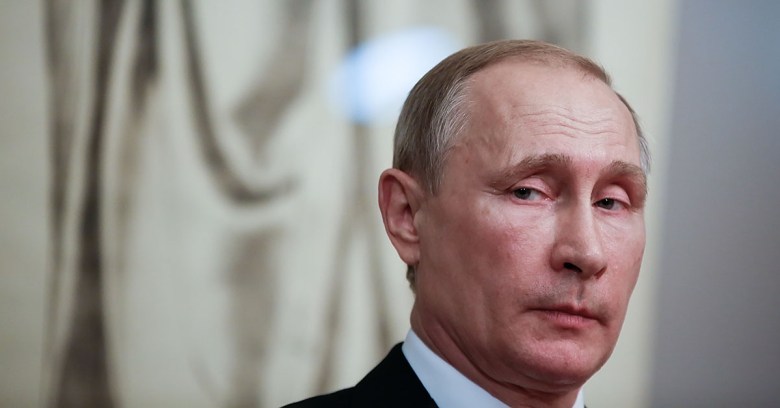 US expels Russian diplomats over hacking

Vladimir Putin stepped back from turning the heat up on the row between the US and Russia over the latter’s hacking in the run-up to the US elections, saying that for now, he wouldn’t act on the recommendation of his foreign minister, Sergei Lavrov, to expel 35 US diplomats from Moscow in return for the US administration expelling 35 Russian diplomats.

Obama’s move to send the Russians home came as the FBI and the Homeland Security department published a report setting out in detail the hacking they believe Russian groups carried out on the DNC and other political organisations. The Russian hacking, said the FBI and the DHS, “is part of a decade-long campaign of cyber-enabled operations directed at the US government and its citizens”.

Putin’s response was being seen in Washington as an overture to Donald Trump, the president-elect, with Putin adding that Russia would “make further steps to help resurrect Russian-American relations based on the policies that the administration of Trump will pursue”.

Governments shutting down internet access cost at least $2.4bn in the 12 months to June 30. That’s the impact of shutdowns on GDP, according to the Brookings Institute, whose paper notes that that figure is a conservative estimate, only taking into account GDP and not attempting to quantify the cost of  tax losses or drops in investor, business and consumer confidence.

The paper’s author, Darrell West, estimates that shutdowns cost $968m in India, $465m in Saudi Arabia and $320m in Morocco, among other places.

Of course, it’s not just economic activity that suffers when citizens are cut off from the internet: it’s also a powerful tool for democracy, so let’s hope that, as West notes, it becomes too big a hit on the economy for governments to take such a repressive step: “As the digital economy expands, it will become even more expensive for nations to shut down the internet.”

‘Hey, Cortana, where are my keys?’

“Where are my keys? Where’s my phone? Have you seen my specs?” Those are common laments, and already smarthome technology is able to help a bit with at least finding your phone: you can ask Amazon’s Alexa, via an IFTTT recipe, to ring your device to help you locate it.

But Microsoft, using augmented reality (AR), hopes to make it much easier to track all kinds of devices, according to a patent it’s filed with the US Patent and Trademark Office. AR is a cousin of Virtual Reality, using a device to put an overlay of information on to the world around you: think the Pokemon Go interface, and you’ve got the idea.

The device Microsoft describes in its patent application sounds rather like its existing HoloLens, which creates what Microsoft calls “mixed reality”. Using advanced tech to track quotidian items might seem mundane, but Microsoft points out in its application that we waste a huge amount of time hunting for misplaced items. Welcome to the future.