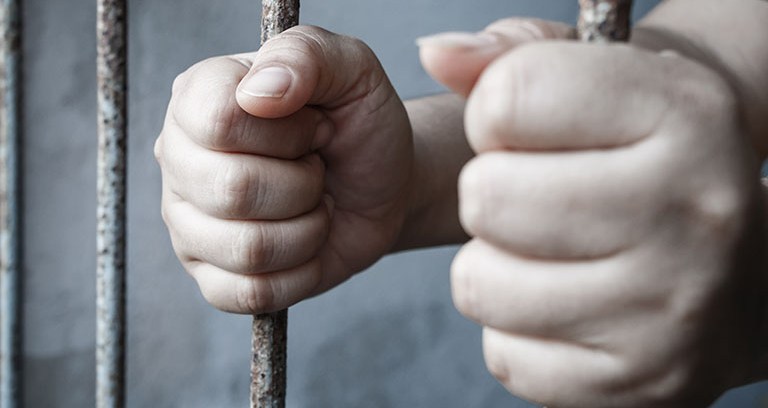 Verizon Wireless has been charged with three counts – negligence, negligent training and supervision of a new hire, and violation of the plaintiff’s civil rights – by a guy who says the company’s employees should have known better than to let him commit identity fraud in one of its Florida stores.

The plaintiff, James Leslie Kelly, was convicted in October of grand theft and criminal use of personal identification information, according to WFTV.

He’s serving 10 years in prison for using a stolen identity to obtain more than $300 in products and services from Verizon.

When Kelly was in the store on May 7 2015, he managed to access the account of another man, also called James Kelly, to get that $300 worth of Verizon loot. The victim had the same first and last name as the fraudster: just the middle name and address differentiated the two.

..well, that plus a criminal history dating back to 1985 that includes grand theft with a firearm and at least 37 convictions on charges including rental property fraud, trafficking in stolen property, and receiving money through fraudulent use of a credit card.

Kelly – the one of many convictions – said last week in his (handwritten) complaint (PDF) that he handed the Verizon clerk his official, photo-bearing, middle-name displaying, very legal and proper driver’s license, valid address and all.

Kelly says that the clerk should have checked out his license and noticed that the name and address didn’t sync up. If he didn’t check it out properly, then the clerk…

…knew or should have known at all times material that harm or damages would result to the plaintiff.

Exactly what “harm or damages” do you suffer when you commit identity theft?

Loss of liberty when you get tossed into prison, according to Kelly.

Instead of doing his due diligence, spotting the identity theft and keeping Kelly from the loss of freedom incurred by being convicted of a crime, the clerk was “passive in character and in nature” to what Kelly called a “stark contrast” to the information in front of him – as in, the differing address and middle name – Kelly charged.

That’s information that was in front of the clerk for more than an hour and a half, Kelly stressed in his complaint.

In other words, what gall that clerk had, to not stop Kelly from purposefully, of his own free will, committing a crime. (Formerly free will, at any rate!)

It’s like ratcheting up the notion that people are asking for their accounts to be compromised when they use weak passwords. In Kelly’s justice paradigm, fraudsters who get caught should probably bring charges against feeble password holders.

How dare they tempt hackers into breaking into their accounts by making it so easy!

Kelly was after $72 million in damages for counts of wanton negligence, negligent training and supervision, and violation of his civil rights.

He won’t be getting that princely sum anytime soon. According to The Register, the district court was planning to have the case thrown out.