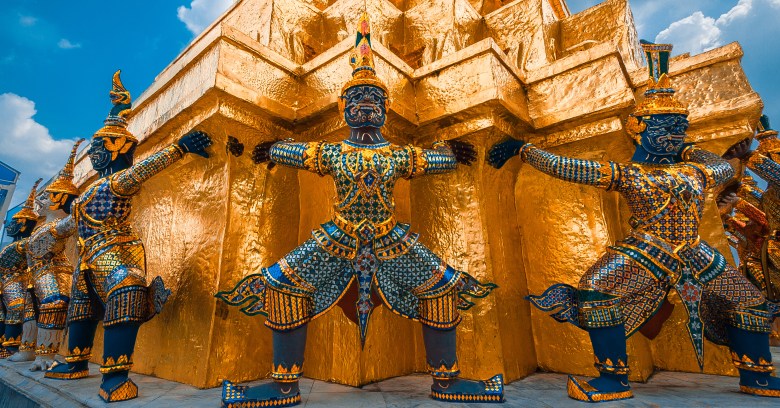 Thailand’s military is aiming to beef up its cyberdefences by recruiting civilian “cyberwarriors” to help improve its IT and security capabilities.

The move is in response to a series of attacks against Thai government websites in December, apparently in protest at the Thai government’s proposal to amend its already strict Computer Crime Act. The amendment would let the government read private messages and block content it deems harmful to national security, a move that has been hotly resisted by activists.

The Thai army’s commander-in-chief, Chalermchai Sittisat said they were looking to civilians for help because there’s a shortage of military specialists in the field: “We don’t have enough personnel with expertise in cyber security. Therefore, we need to recruit civilians for our centre, who can manage it properly and earn a reasonable salary.”

More bad news for Yahoo to start the new year after it revealed the biggest data breach in history last month: the planned acquisition of the company by Verizon, agreed last year, now looks as if it might be uncertain.

Marni Walden, president of product innovation and new business at Verizon, said on Thursday that she “can’t sit here today and say with confidence one way or another because we still don’t know” if the $4.8bn deal can go ahead.

The deal was finalised in July last year, but the two huge data breaches subsequently revealed by Yahoo led to reports that the telecoms giant was exploring either a price cut or even to cancel the acquisition.

Meanwhile, Uber has also had another knock at the hands of regulators, this time from a Swiss insurance agency. Suva, a provider of the required on-the-job accident insurance, ruled that an Uber driver was staff because he faced consequences if he broke Uber’s rules and because he couldn’t set his own rates and payment terms, Reuters reported.

Although Suva stressed that it applied to a particular driver and was not a general ruling on Uber’s business model, Uber wasn’t best pleased. Rasoul Jalali of Uber said that Suva had made the same ruling for drivers with other taxi companies and that “this is nothing new in Switzerland and we will challenge it”.

Uber has faced challenges in other countries about the status of its drivers: a tribunal in the UK ruled in October that Uber should regard drivers as workers and thus pay the minimum wage and holiday pay. The judge who led the three-person tribunal in the UK was sharp with Uber in October, saying: “The notion that Uber in London is a mosaic of 30,000 small businesses linked by a common ‘platform’ is to our minds faintly ridiculous.”