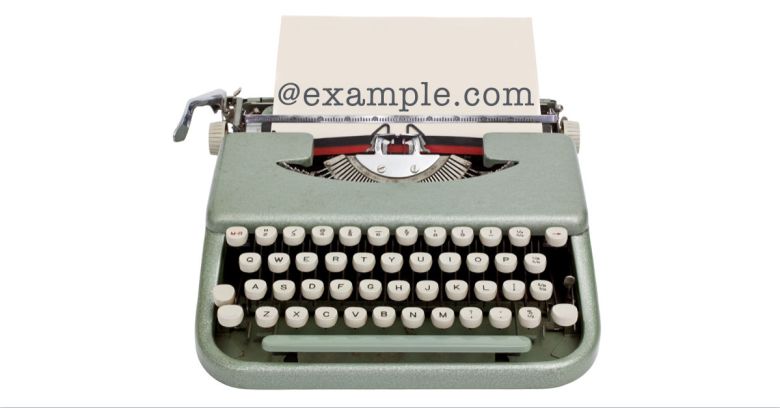 One of Australia’s “big four” banks has found itself caught up in an ongoing problem caused by an errant email.

According to a report late last year, the issue started with a CC that wasn’t supposed to be there, causing a recipient outside the bank to get a copy of an email they weren’t supposed to see.

CC, of course, is short for the anachronistic term carbon copy, from the days when a carbon-impregnated film was slipped between two sheets of paper that were then typed at the same time.

(You could do three copies, or even more, with a thicker carbon paper sandwich, but each typewriter had a mechanical limit beyond which the bottom sheets of paper would come out too faint to read, or would skid out of position and end up garbled.)

The problem with CC in modern email is that everyone on the list gets a copy of everyone else’s email address, which is often not a good idea, especially if it’s a routine message to lots of different customers who aren’t supposed to learn everyone else’s identity.

That sort of blunder happened to the New Zealand public service back in 2013, when the Ministry for the Environment CCed a list of people who should have been BCCed.

(BCCs are a blind carbon copies, where everyone gets a copy of the message but not of the recipient list.)

The first apology was then followed up with a Monty Pythonic apology for the previous apology.

In this latest case, National Australia Bank (NAB) only CCed one person, apparently, so this was a blunder of a different sort: the sender picked the wrong recipient.

The irony here, as far as we can tell from the information that’s publicly available, is that the sender made the tiniest of slips, and one you can probably imagine making yourself under the circumstances.

Australia, like numerous other countries, won’t let you have a commercial domain such as sophos.au; you get sophos.com.au instead.

The mail server for nab.com is listed as Google, presumably because the domain is signed up to Gmail, but Google won’t help track down recipients in cases like this without a court order.

Apparently, NAB spent the holiday season trying to get Google to figure out what might have happened to the offending data, but without success.

An updated report on the story suggests that NAB is now dealing directly with the owner of nab.com, but, judging from the state of the nab.com website, it doesn’t look as though he’s doing much with the domain at the moment, and therefore can’t be much help in tracking down the missing data, if indeed it ever reached anyone.

The result therefore seems to be that:

In short, it’s highly likely that no harm was done, because the email and its personal data will never be seen again, but it’s impossible to be sure.

And that’s the dilemma that exists after many breaches: your head tells you that everything is OK, but you can’t put your hand our your heart and affirm to your customers (or the privacy commissioner) that it will stay that way.

Sending emails to the wrong person is surprisingly easy to do by mistake: if a close-but-not-correct username or domain name doesn’t trip you up, the automatic name completion feature that many email systems provide may do so instead.

Here are some tips to reduce the risk in your organisation:

For example, Sophos Safeguard can be configured so that it automatically encrypts any business files you save, but won’t automatically decrypt them when you send them by email. If you do accidentally send an internal email to the outside world, any external recipients will receive attachments that are no more use than shredded cabbage.

It’s hard to predict your users’ most likely typing mistakes in advance, but with experience you will probably be able to make a useful list of common typos. Typosquatting, where unscrupulous businesses deliberately try to profit from obvious blunders, is surprisingly common.

Don’t use email attachments for sharing data internally, but instead use email messages to describe how to get hold of the relevamt data using the appropriate internal server, such as the content management system. Your email administrators will thank you for reducing the size of the email archives they need to maintain, and your auditors will thank you because they don’t have to worry about uncontrolled database copies lying around and getting stolen.

Remember: if in doubt, don’t let it out.