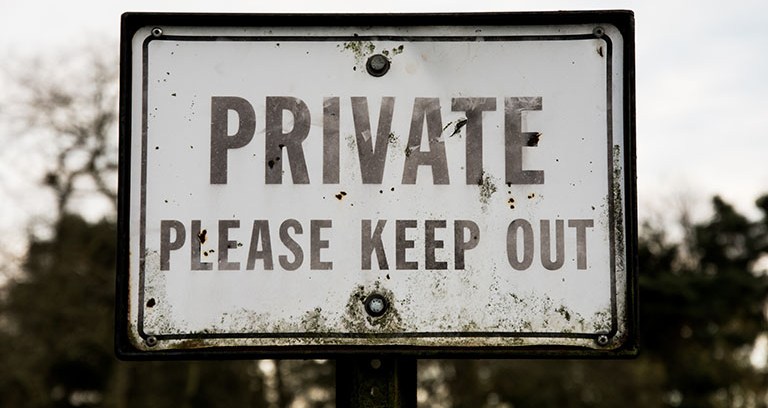 In late October and early November, we covered the Federal Communications Commission’s decision strengthening privacy protections and restricting what US Internet Service Providers can do with the data they capture while you surf the web on their pipes.

Before the US election, we warned you that the FCC was so finely balanced between Democrats (three) and Republicans (two) that a Trump presidency might easily reverse these new rules. It looks like that’s exactly what’ll happen.

As you might recall, the new rules will (would have) required broadband ISPs such as Verizon and Comcast to tell customers what kind of information they’re collecting, how and when they share it, and the “types of entities” they share it with.

If and when those rules go into effect, ISPs couldn’t use your precise geolocation, or information about your children, health, finances, social security number, web browsing history, or email content without your specific opt-in permission. (ISPs would be given more flexibility about using less sensitive personal data.)

Conservatives on the FCC objected mightily, arguing that the rules disadvantaged ISPs while doing nothing about companies like Facebook and Google who also monetize customer data extensively. (The FCC majority appeared to believe those companies were outside its control, subject to FTC regulation instead.)

In his dissent, Republican FCC Commissioner Ajit Pai wrote that the “ball [was] now squarely in the FTC’s court”: the FTC could now toughen the rules applying to the Googles and Facebooks of the world. But, he said, “were it up to me, the FCC would have chosen a different path”- applying the FTC’s far looser privacy rules equally to everyone.

(One counterargument, as expressed by Vocativ: “But those companies’ [Google, Facebook, et al] entire business model is based on offering free services in exchange for collecting and monetizing data, whereas ISP customers pay for a service and don’t expect their private data to be sold.”)

Since the election, Democratic FCC chair Tom Wheeler announced his resignation: his seat will be taken by a Trump nominee to be named later. And the Republican-controlled US Senate has thus far refused to approve Democratic commissioner Jessica Rosenworcel for a second term, so she’s out, too – at least for the moment. Obama has renominated her for a seat traditionally held by a Democrat; it remains to be seen if she’ll be reseated.

Without Wheeler and Rosenworcel, the Republicans would already have a 2-1 majority, pending any further nominees. As the Washington Post reports, this would allow them “to begin repealing regulations almost as soon as President-elect Donald Trump is sworn into the Oval Office”.

That certainly seems to be the plan. Pai told a conservative think tank that the FCC “need[s] to fire up the weed whacker and remove those rules that are holding back investment, innovation, and job creation.” Referring to both privacy and net neutrality rules imposed by the Democratic majority, his fellow Republican commissioner Michael O’Rielly said: “Next year’s commission should consider acting quickly to reverse any damaging policies put into place over the last eight years and in the last few weeks of this administration.”

The FCC hasn’t yet announced that it will formally reconsider the rules. But it probably won’t be long. If you’d like your views, pro or con, to be considered alongside those of the NCTA, ACA, CCA, Association of National Advertisers, American Association of Advertising Agencies, American Advertising Federation, Data & Marketing Association, Interactive Advertising Bureau, and Network Advertising Initiative, you’ll want to keep an eye on the FCC’s site. Active citizenship is a good thing.