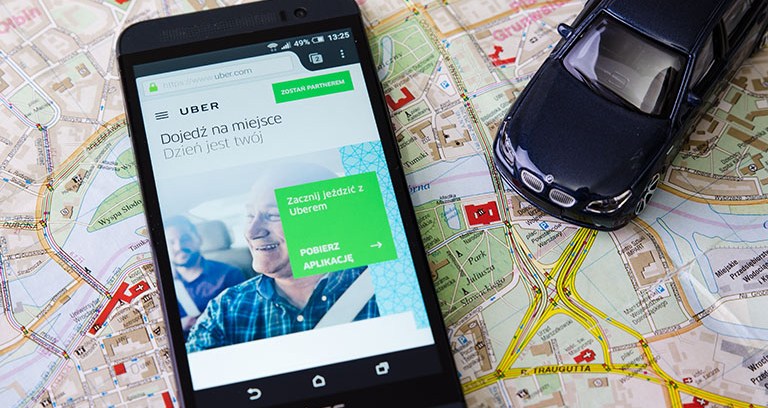 Uber has a shaky track record when it comes to the rider data it collects, even though it has often resisted calls by government entities to share that information. Recently Uber rolled out an update to its app that tracks users before and after they’ve hailed a ride, a change that was met with much derision from privacy advocates, even though Uber defended the move as being more innocent than it appeared.

Now it seems Uber is making stronger overtures to protect – or at least appear to protect – user data, while still trying to play nice with local regulators.

Local authorities want to know where Uber rides are picking up and dropping off passengers to help them understand where people are moving around their cities. For a while now, Uber has fought local government officials when they’ve asked for greater data transparency, often outright refusing to divulge any kind of insight that might help city planners, citing concerns to user privacy.

Some of the most high-profile conflicts have been between Uber and New York City’s mayor Bill de Blasio, starting in 2015, with Uber pushing back on what it sees as the city’s attempts to hamstring the Uber’s competitive advantage.

But understanding where riders start and end their Uber trips would help cities better understand their own demographics, how people move around, and where their own traffic and transportation planning efforts are falling short.

Uber has been rejecting these requirements from cities as an invasion of their riders’ privacy: even if the demographic data were anonymized, revealing specific details of rider travel habits on a granular address-to-address level is too much government oversight. That’s why it is offering an alternative to what New York and other cities are asking for: a new tool called Uber Movement.

At the moment it’s only available to city officials, planners and policymakers, but the aim is to make it available – on a Creative Commons, Attribution, non-commercial license – to anyone who wants to use it.

This tool compiles rider data from cities around the world, but rather than handing over rider-specific data, Uber Movement allows city planners to pick two addresses on a map and find out the average Uber travel time between those points at a specific time of day. It doesn’t reveal any ride- or rider-specific information.

This approach doesn’t give the city governments the specific information they really want, which would be more of a heatmap of where people commonly hail or depart their cabs, among other things. But this new tool does seem to be something of an olive branch to the governments that are pushing it to divulge more and more user information while trying to protect user data – or at least appear to be.

(Meanwhile, taxis in New York City anyway already provide address-to-address ride data to the city. But, unlike Uber, at least in a cab you can still use cash, so there’s no credit card or user account to tie to your rider data.)

Given Uber’s recent app changes, does this new move give you confidence that Uber is taking user privacy seriously, or are you more likely to delete the app?