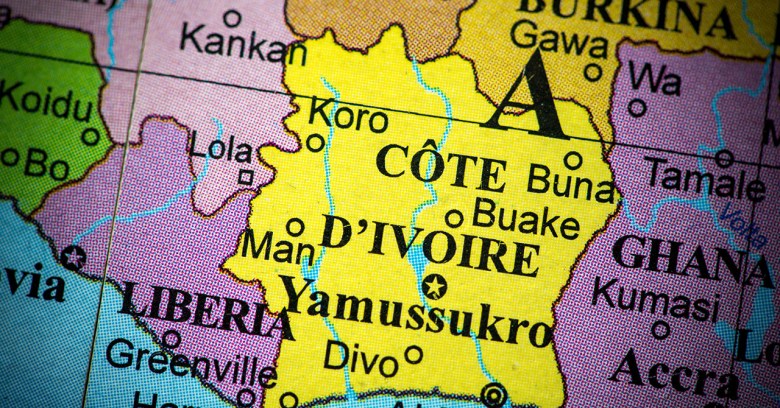 Ivory Coast has taken steps to make delivering old-fashioned snail mail easier as many of its roads don’t have names: it’s adopting the technology developed by What3Words, a UK mapping start-up to assign unique three-word phrases to locations that can then be found using the app or the website.

Ivory Coast isn’t the first country to have done this: Mongolia took up the system last year. It’s a very neat idea: it assigns the three-word phrase to three-metre-by-three-metre squares on the map, which means that any place can be pinpointed. So for example, New York’s Grand Central Station becomes rubble.occurs.holds.

That means that people without traditional addresses – such as in big urban slum settlements, which aren’t officially part of city infrastructure – can be pinpointed and then can have post delivered to them. The “unaddressed”, particularly in the developing world, have been disadvantaged by, for example, not being able to have a bank account.

In Ivory Coast, people sending snail mail will be able to simply write the appropriate three words on an envelope rather than a traditional address. Critics say it’s not great to be relying on a proprietary system, but it is a universal system that’s simple to understand and works well.

Fingerprints ‘can be stolen from photos’

Your fingerprint-unlocked mobile phone might not be as secure as you like to think: researchers in Japan have said they have been able to lift fingerprints shown in photographs, which could in turn lead to those “stolen” fingerprints being used to unlock cellphones and anything else secured by fingerprint.

Researchers at Japan’s National Institute of Informatics said they had been able to copy fingerprints from photos taken from up to three metres away.

However, help is at hand: NII also claims to have developed a solution, which is a transparent film that can be attached to fingers to obscure the fingerprints. Which is reassuring.

You look like someone who wants a chicken burger

Regular visitors to restaurants are used to staff there getting to know them and their preferences, but a KFC outlet in Beijing has gone one step further and introduced facial recognition technology to identify its regular customers.

The system goes one step further, though: based its assessment of the customer’s age, mood and and sex, it can also recommend menu options, which, according to the Guardian, seem to be somewhat stereotyped: “a female customer in her 50s” would get a recommendation of “porridge and soybean milk for breakfast”.

KFC is working with Baidu, the Chinese internet giant, to develop the service, but whether it actually catches on remains to be seen.