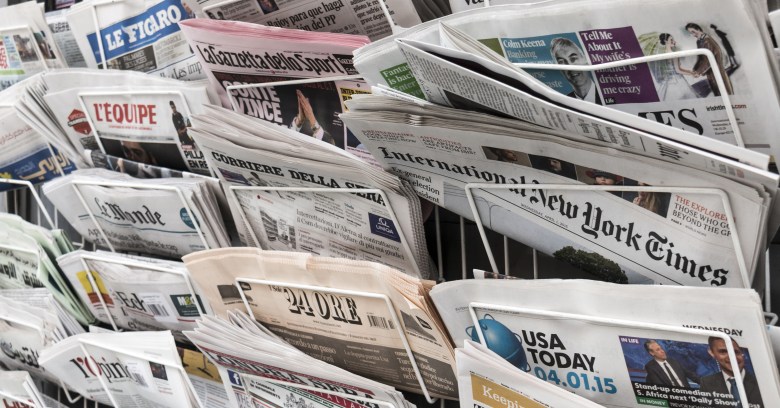 Facebook has announced another front on its battle against fake news and its role in disseminating it. Unveiled this week, its new initiative is called the Journalism Project. The idea is to train journalists to use the network as a source and also to enable the public to detect fake news and then to report it. A lot of this will be done in collaboration with non-profit organisations in the US.

The company has also bolstered its editorial team with the appointment of former NBC and CNN journalist Campbell Brown as leader of its news partnerships team. “I will be working directly with our partners to help them understand how Facebook can expand the reach of their journalism, and contribute value to their businesses,” she said on her Facebook page (of course). “That also means making sure there is ongoing feedback from publishers as Facebook develops new products and tools for news organisations.”

So it looks as though Facebook might be getting serious about its role not only in disseminating what’s going on but in the truth or otherwise of the content. Commentators offered a cautious welcome.

Richard Sambrook, professor of journalism, Cardiff University and a former BBC journalist, believed that fake news initiatives would make a difference and a positive approach to partnerships was a positive move. There were negatives, though: “It is not in [Facebook’s] commercial interests to offer news organisations a greater slice of revenue or more open access to user data which are the things that would help news organisations most.”

The very nature of Facebook might militate against the initiatives, he added. “Culturally, it is a tech firm that does not understand – or care – about journalism.

“It sees content as a commoditised product whereas journalists would say news includes civic information which is not purely a commercial commodity. It sees sharing and ‘shareability’ as the key metric and criteria for content value – but ‘shareability’ does not cover all value that citizens seek from media. Sharing indicates what interests the public but not what is in the public interest.

“This is why Facebook has run into problems like censoring the Vietnam girl photo – algorithms don’t do judgement.”

Emily Bell, formerly of the Guardian and now director of the Tow Center for Digital Journalism at Columbia University, was equally cautious.

She welcomed Facebook’s apparent admission that it was active in publishing news: “For the most egregious examples of fake and fabricated information it has to be seen as a positive acknowledgement of responsibility,” she said. “However, there are grey areas of exaggeration of omission which this cannot tackle.”

She also wondered who would be paying for it and why. “There are also considerable issues of transparency attached to how this will work or be funded, given that Facebook is still outsourcing the responsibility to third-party organisations .

“I think we have to give them time to get to grips with this. The real effect Facebook can have resides not so much in the initiatives around publishing per se but how it can influence the whole ecosystem of support (financial and technical) for independent robust journalism.”

Sambrook remains convinced that the initiatives – which he said were lagging behind Google’s efforts – would make a difference, but added: “Social media is not structured to deliver the kind of civic journalism and well informed public debate we are re-discovering we need.”

This is not Facebook’s first attempt at regulating its news output, as we have reported previously.