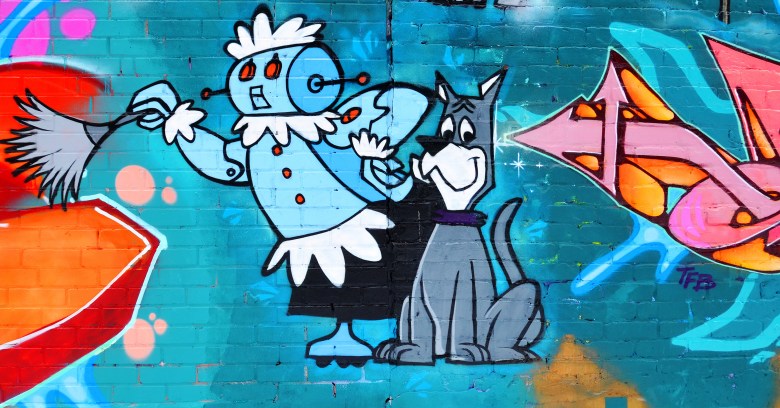 Members of the European Parliament are to vote on the rules governing the future of artificial intelligence (AI) and robotics.

Humankind stands on the threshold of an era when ever more sophisticated robots, bots, androids and other manifestations of artificial intelligence (AI) seem poised to unleash a new industrial revolution, which is likely to leave no stratum of society untouched.

The original motion for a European parliament resolution, which includes recommendations to the Commission on Civil Law Rules on Robotics, was published last May. This comprehensive report makes for a really interesting read. It also looks at the benefits of robots:

And concerns around robots:

And evidence that a future with robots is becoming a reality:

You could become (part) robot one day

Some of the most interesting aspects of the motion are in discussion around future possibilities: one day robots might “repair” or enhance humans.

I personally don’t have a problem with robotics helping people to see, hear, speak, walk and more – they already do – but when it comes to enhancing humans, that’s a whole different matter. The report acknowledges that using robotics to enhance human beings is a complex question and asks for:

Committees on robot ethics in hospitals and other health care institutions tasked with considering and assisting in resolving unusual, complicated ethical problems involving issues that affect the care and treatment of patients.

I’m concerned that these committees will work independently, with the different cultures within different countries drawing the ethical line at different levels. While the report does call for guidelines to help with establishing and running these committees, I’m not sure that goes far enough – especially when you consider that the future of the human race lies at stake.

The robot could surpass you

You may think I’m over reacting when I say the future of the human race lies at stake. But the report itself acknowledges that …

… within the space of a few decades AI could surpass human intellectual capacity in a manner which, if not prepared for, could pose a challenge to humanity’s capacity to control its own creation

capacity to be in charge of its own destiny and to ensure the survival of the species.

It will begin with robotics that simply enhances part of the human being. Over time this will evolve to robotic entities that are hardly human being produced. These could threaten our existence if we’re not prepared. I like the fact that the motion even mentions Isaac Asimov:

Asimov’s Laws must be regarded as being directed at the designers, producers and operators of robots, since those laws cannot be converted into machine code

We all need rules

You’re probably familiar with Asimov’s Laws. If not, the BBC summarizes them nicely:

The motion translates these into a comprehensive set of rules for designers and users. For designers, these include:

Now that last one made my hair stand on end. It, in all essence, acknowledges that this is what is actually going to happen. Can we really put a stop to it?

Robots already are a part of our everyday lives, and we must expect to see more of them in the coming years. They won’t all look like us – most will actually be devices, vehicles, machines, …

The realization that robots will post a threat is an important point in human evolution. What the future holds is in the hands of us, the human beings … at least or now!