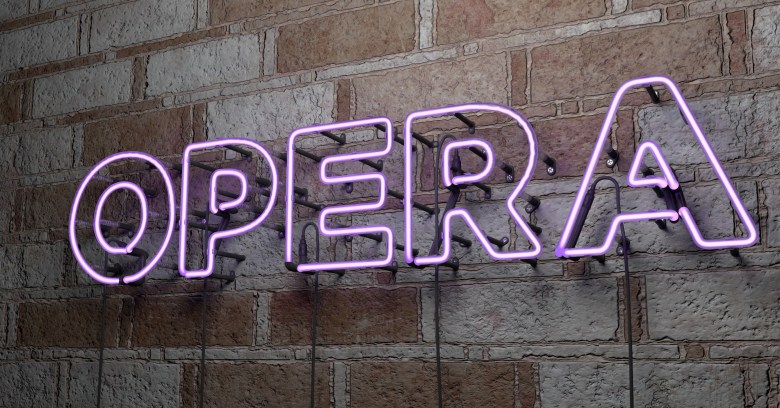 There are myriad browsers clamouring for attention alongside the big ones made by Google, Mozilla and Microsoft, mostly based on the open-source part of the Chrome browser, and some are better than others. Opera, which makes one of the minnows, has announced that it’s made a new one that tries to break away from the usual paradigm of a window with lots of tabs, plus extensions, themes. etc.

Opera Neon recognises that for many, work takes place mostly in the browser, and so Neon leans towards the desktop in its looks, appropriating your wallpaper and doing away with tabs in favour of floating bubbles. It also handles video and split screens well.

However, it’s nowhere near ready for prime time, as it doesn’t support extensions, Opera’s own native adblocker nor VPNs. Opera itself acknowledges that in its blog announcing the browser: “The reason for this is simply that Opera Neon is a concept browser, built for experimentation and play.”

But it is an interesting experiment – if you’ve used it, let us know what you think of it.

Social network calls it a day

Social network app.net announced today that it’s finally packing up the social networking platform, with a final closing date of March 14. In the meantime, it will open-source its code and make provision for its remaining users to extract their data.

Back in the day – 2012 – app.net was an interesting player bucking the trend of encouraging huge numbers of people to sign up for free platforms while hoovering up their data and selling advertising.

Users were charged $50 to sign up, and in return were offered what was described as “open messaging bus for applications to share data on a CB-radio-like basis, with public broadcasts on an infinite number of public channels”.

Two years later it had enough paying users to claim it was profitable, but not enough to employ and pay anyone a salary, and the writing was on the wall, with Friday’s announcement sad but unsurprising.

The UK’s largest healthcare trust has been hit by a cyberattack that has potentially put patient data at risk, Health Service Journal reported on Friday.

It was initially thought to involve ransomware attack, trust managers warned staff in an email, but Barts later said ransomware hadn’t been involved. However, the attack seems to have compromised PCs running Windows XP, the obsolete OS that is nonetheless still widespread in the NHS.