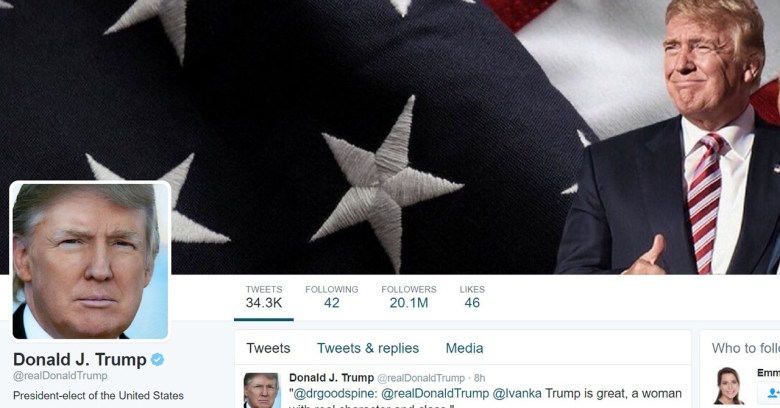 The papers have been full of criticism of the incoming president of the USA, Donald Trump, and his use of social media. He’s used Twitter to criticise his critics, to slam comedy shows and to have a go at Meryl Streep.

It’s obvious that he has a wildly different style to previous presidents but one comment intrigues us: John Brennan, who is the departing director of the CIA, has warned that Trump is risking national security.

Now, we get that Brennan isn’t going to be happy with his agency being compared with the Nazis (a comparison made by Trump). But national security? We asked a couple of experts what the implications of someone shooting their mouth off on social media actually were.

Lee Munson, security researcher at Comparitech, didn’t want to comment specifically about Trump but in general when it comes to social media, he shared our scepticism. “Loose lips cost lives, or so the old saying goes, but is that really the case when politicians and other people of global significance jump on Twitter and other social media platforms? Highly unlikely, is the answer,” he said.

“While everyone has seen the odd celebrity have an online meltdown, saying something stupid in the heat of the moment, I would not expect anyone of sound mind to reveal state secrets or disseminate anything that could cost lives.

“In fact, the only entities likely to reveal information that could be seriously damaging to a nation are the likes of Edward Snowden and Wikileaks and they, it could be argued, have done the world a great service.”

Robert Schifreen, CEO and founder of SecuritySmart, was less sanguine. “Security takes many forms and we frequently neglect some of them,” he said.

“In traditional data security, for example, we often put too many resources into protecting availability at the expense of confidentiality and integrity. If you’re a politician, security is also about your reputation and the future of your party. It’s always sensible to think about what you’re about to tweet before you hit the ‘post’ button. Especially if you have access to state secrets and you’re not 100% sure that what you’re about to tweet isn’t one.”

And it’s here that the Brennan objections come back into focus. His specific problem appears to be that spontaneity can be incompatible with national security and it’s here, in taking to Twitter apparently without thinking, that a future (by which we mean “the end of this week”) Trump as president could do serious damage.

If he doesn’t start applying a common sense filter to his interactions soon, refreshing though some people find his unvarnished directness, a more serious meltdown is entirely possible.

12 comments on “Advice to Donald Trump: think before you tweet”