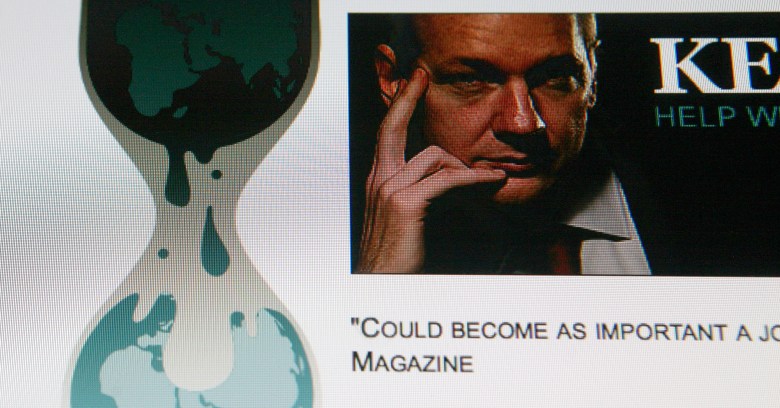 Assange ducks out of Manning promise

Julian Assange, the founder of Wikileaks, declined to leave London’s Ecuadorian embassy on Wednesday despite having previously said via Wikileaks that he would “agree to US extradition” if Chelsea Manning were pardoned.

Manning, who was jailed for 35 years for leaking classified information to Wikileaks, had the bulk of her sentence commuted by Barack Obama on Tuesday. She will now be released on May 17.

Assange has been living in the embassy since June 2012 to avoid extradition to Sweden to face charges of rape. He fears that if he were sent to Sweden, he would then be extradited from there to the US to face charges (none have been laid, nor even mooted) for his role in the leak and publication of the documents.

However, as various legal experts have pointed out, Assange would be safer from a theoretical extradition to the US from Sweden, as any such request would also have to be approved by – and could be appealed in – the UK. Wikileaks had earlier on Wednesday tweeted that Assange was “standing by” everything he had said, but he later said that because Manning’s sentence had been commuted rather than Obama pardoning her, the move was “well short of what he sought”.

Perhaps rather than wait for them to be stolen and leaked, the CIA has published 13m pages and 50 years’ worth of declassified documents that include records of UFO sightings, discussions about assassinating Fidel Castro and – of particular interest to conspiracy theorists – Project Star Gate, a study into telepathy.

Although the documents have been available and searchable since 2000 after an order by Bill Clinton in 1995 when he was president, they were until now only available between the hours of 9am and 4.30pm on just four computers at the US National Archives in Maryland.

The documents are a treasure trove for researchers, as they also include Henry Kissinger’s papers from when he was secretary of state, documents on Nazi war crimes – and recipes for invisible ink.

The publication online is the result of a 2014 lawsuit by Muckrock, a non-profit that campaigns for open government, and pressure from transparency advocate Michael Best, who just over a year ago started scanning and uploading the documents one by one.

Are you still using Google+? You’re not entirely alone – an analysis in 2015 suggested that between 4m and 6m people are active users – and if so, you’ll be seeing some changes being rolled out by Google.

Danielle Buckley, the moribund social network’s product manager, said in a blog post that Google is to roll out a few tweaks to the service, which she’s grandly referring to as “the new Google+”.

What strikes us is that the tweaks make Google+ rather more like Facebook, which, although it went into “lockdown” when Google+ launched, now clearly has nothing to fear from the Mountain View imitator. Facebook now boasts more than 1bn daily active users.

Among the tweaks is a consolidating of the 2015 move to focus more on Communities and Collections, which was widely seen as an attempt to rival Facebook’s Groups. Google has also added a feature called Events to Google+ – again, something Facebook has done well with.