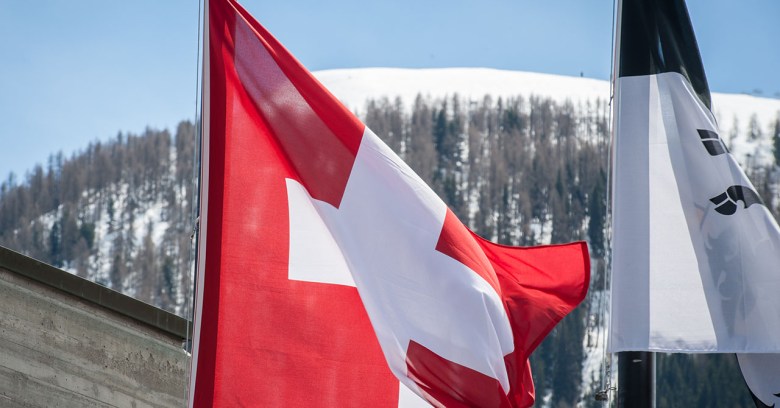 As the rich and powerful chew the fat at the World Economic Forum in Davos, the security people charged with keeping them safe are this year facing the threats posed by drones.

Security is already very tight at Davos, as you’d expect at such a gathering of the rich – the roll call includes Bill Gates and Satya Nadella of Microsoft, Christine Lagarde of the IMF, UK prime minister Theresa May and celebrity chef Jamie Oliver – with barbed wire fences and a no-fly zone protecting the participants.

Drones are a significant threat, from being used for surreptitious filming to the risks of one malfunctioning and falling out of the sky. In order to protect the great and the good, Swiss police have been issued with what’s been dubbed a “drone gun” – though in fact it’s actually a drone jammer. Rather than shoot the offending aircraft out of the sky, the jammer instead stops its pilot controlling it remotely and also prevents it from sending video back to its mothership.

Sharp rise in cyberattacks on Nato

Nato has seen a sharp rise in the number of cyberattacks on its facilities, secretary-general Jens Stoltenberg said on Thursday. Speaking to Die Welt, he said that there had been a rise of about 60% – “an average of 500 threatening cyberattacks [a month] on Nato facilities which required an intensive intervention by our experts”.

Most of those attacks he said, “are not by private individuals, but are sponsored by state institutions of other countries”.

Stoltenberg didn’t say which countries might be behind the attacks, but there is a real concern that such an attack could spill out of cyberspace into the real world, because a sufficiently serious cyberattack could trigger a response under Article 5, which can involve armed force.

The UK Office for National Statistics has included cybercrime statistics for the first time in its annual report, revealing a total of nearly 2m incidents, with a similar number of cases of online fraud.

As this is the first time these incidents have been reported in this way, it’s not possible to compare them to previous years, and these numbers should be treated with some caution. The figures are “experimental”, and it’s impossible to know how many incidents weren’t reported to the authorities and therefore haven’t made it into the statistics.

However, it will be interesting to keep an eye on these figures in years to come as they provide, if nothing else, a snapshot of these types of incidents in the UK.