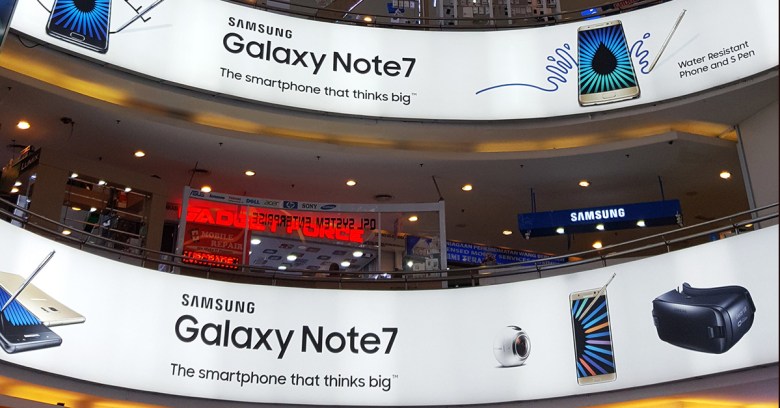 Samsung is set to blame “irregularly sized” batteries and manufacturing faults when it announces the results of its inquiry into the issues that caused the company to recall the device at the end of last year, according to the Wall Street Journal.

The Note 7 was launched at the end of the summer as Samsung’s flagship device going into the holiday season. Problems with the batteries quickly emerged, with devices catching fire on aircraft, leading Samsung to scrap the device once and for all via an update to brick any phones still in the wild after the recall was announced.

Samsung will tell a press conference on Monday morning Seoul time that batteries made by an affiliate, Samsung SDI, didn’t fit properly into the device, which caused it then to overheat. The second wave of battery fires, according to the WSJ, which affected batteries made by another company, ATL, is a result of “the quick ramp-up in production of replacement phones”.

Trump hands over his cellphone

Donald Trump, now the 45th president of the US, has given up the Android phone he has used to tweet extensively after urging from security services, AP reported on Friday.

Trump apparently has followed in Barack Obama’s footsteps and been given a locked-down device in exchange for his personal cellphone, although he has indicated that rather than using the official @POTUS Twitter account, he will continue to use his @realDonaldTrump Twitter account – and indeed, shortly after his inauguration he was setting out his intentions via that account.

By 6pm GMT, the new president hadn’t sent out any tweets from the official @POTUS account, which had been wiped clean for the new adminstration, while President Obama’s tweets from his eight years in the White House can now be found under @POTUS44. He’s now tweeting under @barackobama under the plans for the digital transformation that were laid out by the White House earlier this week.

AI assistants, which have been breaking out of the mobile phone and into the home, are now also making the leap across platforms.

Microsoft, which had already built iOS and Android versions of its AI assistant, Cortana, is now adding Cortana to the lock screen of Android devices, according to MSPoweruser.

The feature is already being tested by beta users. What’s interesting about this is that Microsoft is actively making Cortana available on other platforms. Google’s Assistant and Apple’s Siri are only available on their respective platforms, and Google’s Assistant is fragmented across devices, with the most advanced version of it only on its Pixel and Pixel XL phones.

This is very much in keeping with Microsoft’s strategy, however: the Redmond giant has over the past couple of years been making a point of creating versions of its applications for all the major platforms, and more recently has made it possible to run Bash on Ubuntu on Windows.