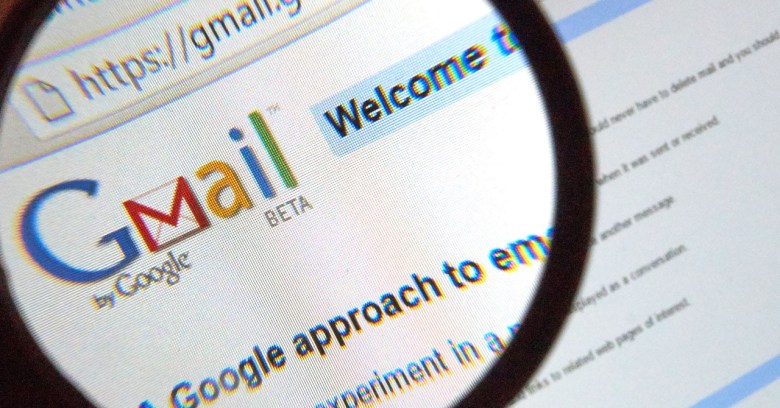 A college that sacked its IT administrator is claiming that he took his admin password with him, wiped it clean off his work PC (and “damaged” the machine to the point where it’s no longer usable), thereby rendered the school incapable of accessing its Gmail account, deprived some 2,000 students of their email and coursework, and is now suing him for $250,000 in damages.

…because yes of course it had only one Super Admin.

The fingers are pointing every which way in this one – the admin is charging racial discrimination and is countersuing, his lawyer calls ACE’s lawsuit retaliatory, and the counter-suit claims that Triano Williams was never even a Super Administrator to begin with. But before we delve into that mire, the basic facts:

As the Register reports, American College of Education (ACE), in Indiana, fired IT administrator Triano Williams in April last year. With him went access to the Google email the school uses.

ACE filed a lawsuit in July. The complaint (PDF) alleges that Williams wiped his work-issued PC clean before returning it, including the autosaved admin username and password.

The college says that Williams returned his computer not only wiped, but banged up and unusable, with a newly installed operating system and physical damage. Williams’ suit denies the charge, claiming that the college itself must have wiped the computer.

ACE says that Williams set up the Google services using a personal account, rather than the work email address that he’d been issued. From the lawsuit:

Had Mr Williams’ administrator access been set up through his ace.edu email address, the College would have been able to have Google reset the administrator password for the account.

ACE has claimed “immeasurable harm” to its reputation, as students have been locked out of Google services. According to Calvita J Frederick, Williams’ attorney, the $200,000 it’s trying to get Williams to cough up is less than half of the estimated $500,000 in damages the school says it’s suffered.

Williams was hired in 2007 as a desktop support employee. His title and job duties changed twice, but his pay “did not include a commensurate increase in salary,” according to his suit.

Most weeks, he was putting in 60 hours, including weekends and being on call. He worked remotely, as his contract with ACE allowed him to do. He had to, given that he has joint custody of his young daughter, in Illinois.

Over the years, things got tense, with others being paid better even though they’d been hired after him and/or also worked remotely, his lawsuit claims:

Rather than support Williams in his position of IT Systems Administrator, Defendants intentionally discriminated against Williams by refusing to allow Williams to participate in work-related training; paying Williams less than his co-workers, subjecting Williams to unwarranted scrutiny, refusing to promote Williams to management – all the while requiring him to perform the job of manager – holding secret meetings so as to hide the promotion of others from Williams, making it uncomfortable, humiliating and almost impossible for Williams to do the job he was assigned to do.

After Williams complained, his lawsuit alleges that ACE retaliated by requiring him to track all his duties, and his time, in 15-minute increments. Only one other employee – also an African American, like Williams – was required to do.

In February 2016, ACE told him he had to relocate to Indianapolis, to work directly out of the corporate office, saying in its lawsuit that Williams regularly traveled there anyway. It was either that or lose his job, the college said.

Williams filed an Equal Employment Opportunity Commission (EEOC) complaint on February 25. He was fired four days later. Unfortunately for ACE, it turns out that by that time, it had fired all the other system administrators who could have gotten into the Google account. Williams was just the final sysadmin in a string of terminations, according to his suit.

Months later, in June 2016, it occurred to ACE that nobody could get into the Google domain, student emails or coursework accounts. So some employees and administrators reached out to ask for Williams’ help … without offering compensation for it. This, in spite of at least one other terminated employee having been paid a “sizable” fee to help out post-termination, according to Williams’ suit.

The IndyStar reports that in September, an Indianapolis court hearing the school’s case issued a default judgement of $248,350 after Williams failed to appear in court. Williams’ complaint said that the case was filed in Indiana just to make it difficult and costly for him to show up at court hearings, and that he’s been unable to get legal representation there.

Melissa Markovsky, senior director of communications and marketing for ACE, said in a statement that Google has returned control of the domain and services to the college.

So. That’s that. Now comes a host of questions. Namely,

To wipe, or not to wipe? One commenter on the Register’s coverage said that the last thing anyone on the desktop team at his organization does before they leave is to “kick off a rebuild” on their machines. If ACE needed access to specific data on one machine, he or she suggested, then it shouldn’t rely on a single piece of endpoint hardware. What if the laptop had been lost? Stolen? Dropped? Run over by a bus?

Where was the debrief? Granted, Williams worked remotely. But it doesn’t sound like there was any effort to virtually or physically sit down with him, delegate his work to others, and make sure critical information was passed on to other employees before he was terminated.

Of course he had a non-work account as an admin. Another commenter noted that if all the logins for the Google account were tied to his work Google account, and something glitched with that work account, he wouldn’t be able to get in to resolve it. All the work email accounts would be locked.

Maybe he did intentionally “lose” the password, I don’t know. However, he should not have been in a position to do so.

Can I have an “Amen!?” Or how about a “Hell, no!?” Either way, tell us what you think in the comments below.