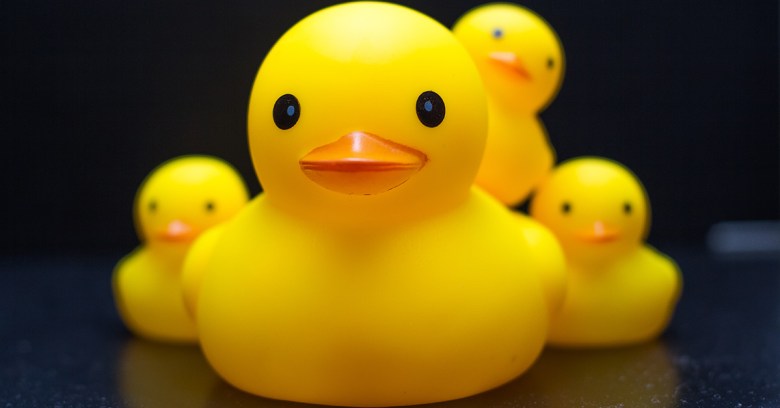 We’re rather fond of DuckDuckGo on Naked Security, both for its privacy-focused approach to search and also because it brings to mind our own Paul Ducklin, aka Duck to his friends and colleagues. So we were pleased to see the independent search engine hit a significant milestone, passing a total of 10bn searches since it was founded in 2008, with 4bn of those searches alone happening last year.

It still has a tiny market share, with an overall total of about 0.12% of the user base, but that still puts it ahead of AOL, formerly a Colossus of the web world. Google of course tops the list, with Bing, Yahoo and the Chinese provider Baidu well out in front of it.

However, it’s been growing quickly, especially in the past couple of years, reaching another milestone last week when it hit 14m searches on one day. The search engine has been going from strength to strength since the Snowden revelations, and also picked up speed in 2014 when it became a search option in iOS.

The Sundance film festival was briefly knocked out over the weekend by what organisers said was a “cyberattack … causing network outages that shut down our box offices”.

Organisers were working with the FBI to find out who was behind the attack, which some attributed to a DDoS attack. The attack happened as celebrities including Charlize Theron were taking part in the Women’s March in the festival town, Park City, Utah, one of hundreds of marches that took place on Saturday around the world.

Ticketing systems were back online within the hour, according to the Hollywood Reporter, although further apparent DDoS attacks continued through the day.

John Coyne said that they’re looking at various biometrics systems to streamline the arrivals experience with the aim of potentially filtering passengers along a corridor rather than through existing “smart” gates, which scan passports electronically.

The agency has a budget of A$100m, and aims to automate up to 90% of processing arriving passengers by 2020. However, collecting that kind of data raises privacy and ethical fears, says Professor Katina Michael, a biometrics expert at the University of Wollongong. She told the Guardian: “We are steam-training right through all of these technological transitions and we’re not really thinking about the ramifications.”