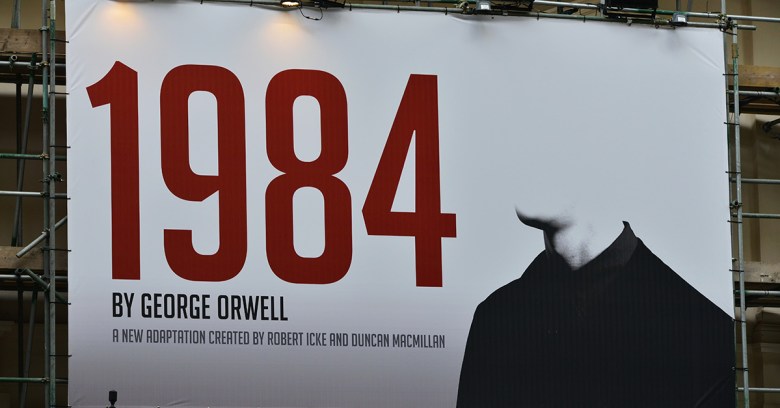 Fears of a dystopian future have driven George Orwell’s classic novel 1984 to the top of Amazon’s best-seller lists since the weekend, when a TV host sparred with President Trump’s adviser, Kellyanne Conway, over the definition of the word “fact”.

Conway told NBC’s Chuck Todd that White House spokesman Sean Spicer had used “alternative facts” when falsely asserting to reporters that the crowd in Washington DC “was the largest audience ever to witness an inauguration – period”.

Penguin Books told CNN: “We put through a 75,000-copy reprint this week. That is a substantial reprint and larger than our typical reprint for 1984.” At the time of writing, the book was the number one bestseller on Amazon.com and number three on Amazon.co.uk.

Beam me up, Alexa

If you’re in the Venn diagram where Star Wars geeks and home assistant enthusiasts interface, rejoice: Amazon has just added a new “wake word” to its Echo and Echo Dot home assistants that you’ll like.

The default word to alert your device that it should listen up is “Alexa”, and until the most recent update was pushed out, you could change that either to “Echo” or “Amazon” – handy if you were uncomfortable with issuing orders to a clearly female name, for example.

Now you can also wake up your Echo or your Dot by saying “Computer”. However, although there are some Star Trek tricks up the Echo and Dot’s sleeves (ask it to “set phasers to stun”), the technology isn’t quite at the same level as LCARS. Yet.

Samsung has been in the spotlight over the past few months with its exploding battery issues, but it’s not the only tech company to have had problems with overheating power sources: HP has had to expand its notebook battery recall to 101, 000 further units after recalling 41,000 units in June.

A notice from the US Consumer Product Safety Commission warns that the affected batteries “can overheat, posing fire and burn hazards”.