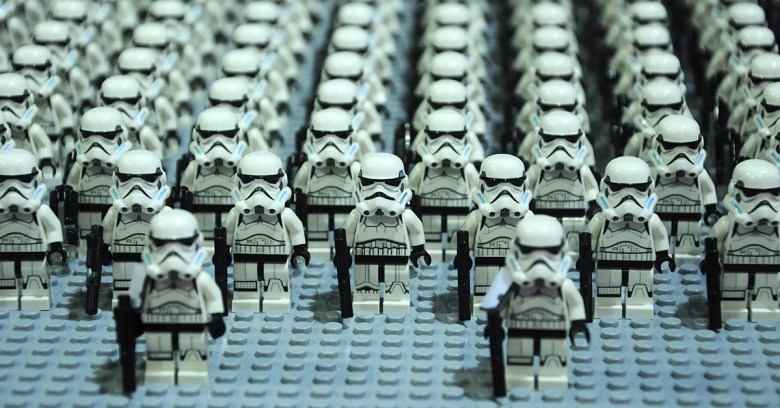 Most Twitter users are familiar with them: followers with odd names and avatars, following far more than they are being followed. Automated fake accounts known as bots.

People often dismiss them as harmless clutter. But one UK researcher thinks there may be more here than what we see on the surface – a Phantom Menace, if you will. (Cue the John Williams Star Wars film score…)

The bots are with you

Juan Echeverria, a computer scientist at UCL, has published a paper on a network of 350,000 Twitter bots he calls the Star Wars botnet. Some of the accounts are used to fluff up follower numbers, send spam and boost interest in trending topics. From the paper:

A large number of Twitter users are bots. They can send spam, manipulate public opinion, and contaminate the Twitter API stream that underline so many research works. One of the major challenges of research on Twitter bots is the lack of ground truth data. Here we report our discovery of the Star Wars botnet with more than 350k bots. We show these bots were generated and centrally controlled by a botmaster. These bots exhibit a number of unique features, which reveal profound limitations of existing bot detection methods.

He said the work has significant implications for cybersecurity, not only because the size of the botnet is larger than those studied before, but also because it’s been well hidden since its creation in 2013. He said more research is needed to fully grasp the potential threat such a large, hidden botnet poses to Twitter.

His research began by sifting through a sample of 1% of Twitter users to better understand how people use the medium. But along the way, the research seemed to reveal many linked accounts, which means an individual or group is running the botnet. These accounts didn’t behave like the more garden-variety bots out there.

In the report, he describes what his team saw as the work unfolded:

Although the tweet distribution is largely coincident with the population distribution, there are two rectangle areas around North America and Europe that are fully filled with non-zero tweet distributions, including large uninhabited areas such as seas, deserts and frozen lands. These rectangles have sharp corners and straight borders that are parallel to the latitude and longitude lines. We conjectured that it shows two overlapping distributions. One is the distribution of tweets by real users, which is coincident with population distribution. The other is the distribution of tweets with faked locations by Twitter bots, where the fake locations are randomly chosen in the two rectangles – perhaps as an effort to pretend that the tweets are created in the two continents where Twitter is most popular. The blue-color dots in the two rectangles were attributed to 23,820 tweets. We manually checked the text of these tweets and discovered that the majority of these tweets were random quotations from Star Wars novels. Many quotes started or ended with an incomplete word; and some quotes have a hashtag inserted at a random place.

Luke’s answer was to put on an extra burst of speed. There were only ten meters #separating them now. If he could cover t

That passage is from the book Star Wars: Choices of One. Echeverria and his colleagues found quotations from at least 11 Star Wars novels.

Here’s a wider look at the Force-infused activities:

Echeverria and his fellow researchers have started  a website and Twitter account  called “That is a bot!” where people can report samples and help to raise awareness of how prevalent they are.

May The Force Be With You.