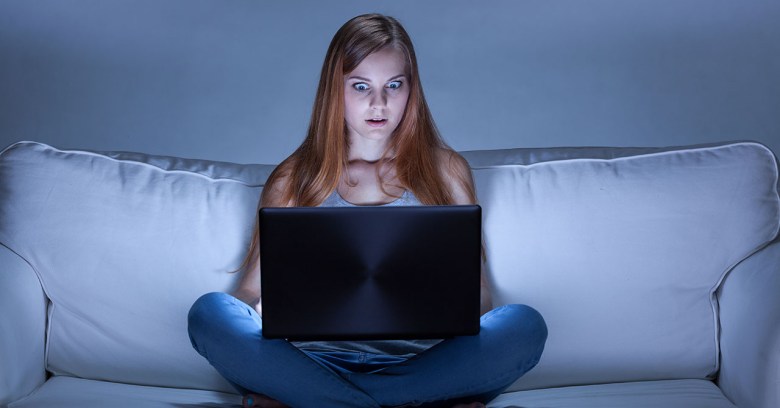 Nothing like a little remote monitoring software to see who’s got their mitts on your stolen laptop, eh?

…or to log into that person’s Facebook page, discover all her phone numbers, find her friends’ lists and photos, read her past chats, and contact one of her chat buddies to inform them that their friend was about to become very famous indeed.

(Please don’t do that. Yes, you’re a victim of theft, but it’s still an invasion of privacy.)

That’s what happened to Stu Gale, from the Canadian town of Cochrane, in Alberta.

As reported by CTV News Calgary,  somebody stole a truck on January 16. Then someone stole Gale’s laptop from his car, which was parked nearby.

And thus the game was on. Gale remoted into his laptop, where he found that a woman was using his laptop to log in to her Facebook account.

Eventually, she wandered away. That’s when Gale had a chance to snoop through her profile and get her personal information and give one of her friends a call. CTV News Calgary quotes Gale:

I went through and got her phone numbers, friends list and pictures, and while I was doing that, two [chat] conversations started. I called one of them and told her [that the person in possession of his computer] was on a stolen laptop and told her I’d give [that person] the opportunity to return it.

Gale didn’t stop there. He also sent text messages to all the phone numbers he found on her Facebook account, saying that he planned to report the woman to the police.

He also left a note for the woman, presumably on her Facebook page. He went on to post her information to a number of Facebook groups. She reportedly shut down the computer when she came back to the room. She also deleted her Facebook account.

You’ll notice, if you look at the news coverage of this vengeance piece, that the woman is being referred to as a “thief”.

She’s been convicted without a trial. Unfortunately, it’s the kind of assumption that sparks virtual mobs carrying torches to burn people who should be considered innocent until proved guilty. This woman, regardless of how red-handed she appears to be, could in fact turn out to be innocent.

After all, just because somebody’s got your stuff doesn’t mean they stole it. All it might mean is that…

If you want to emulate Gale by tracking stolen gadgets, best be careful. It’s far too easy to break privacy laws by accessing people’s private accounts.

Tom Keenan, a computer security expert at the University of Calgary, had this to say to CTV News Calgary about the legal ramifications of publishing such people’s information:

If you take somebody’s Facebook and you repost it, that’s a form of privacy invasion. You really do need to think about what you’re doing. Probably a better idea to take it to law enforcement.

In other words, just because we’ve been victimized by a thief doesn’t exonerate us from the crime of privacy invasion.

At any rate, Gale did in fact take the information he collected from the woman’s Facebook page and handed it over to local police.