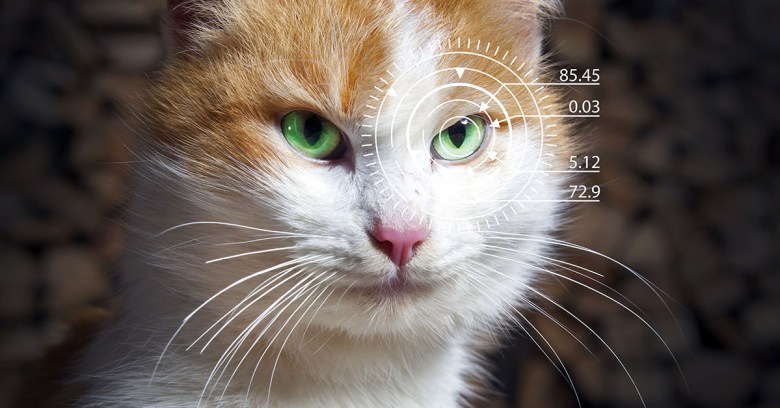 Want to have your face e-glued on to that of LeBron James for a little toe-to-toe virtual basketball? You can do it with Take-Two’s MyPlayer feature of its NBA 2K15 and NBA 2K16 games.

Gamemaker Take-Two Interactive has some pretty magical* face scanning technology. One thing it doesn’t have, though, is a court injunction that would force it to stop storing your face print biometric data forever, privacy laws or no.

Federal judge John Koeltl of the Southern District of New York on Monday dismissed a proposed class action suit that’s been in the court for years.

It was filed by brother and sister video basketball players Ricardo and Vanessa Vigil, who admitted in their lawsuit to giving consent to have their faces scanned in the game’s terms and conditions, but who said that they didn’t know Take-Two would make their images available, unencrypted, online, stored indefinitely and shared.

Take-Two, for its part, argued that the avatars gamers create with facial scans are a “far cry” from the kind of personal identifiers protected by the law, according to Law 360.

This lawsuit attempts to misuse an Illinois state statute, designed to safeguard legitimate biometric identifiers, to attack a video game feature that lets a user make a cartoon-like NBA player that may (or may not) look like the user, solely for the user’s entertainment.

In a 51-page opinion, Judge Koeltl wrote that the Vigils failed to show that Take-Two’s scanning technology harms their privacy.

The gamers had claimed that they could have suffered “informational injuries” from an “enhanced risk of harm” that their face scans might have been subject to a data breach; apprehension about engaging in future transactions using biometrics; misappropriation; intrusion on seclusion; and a diminished benefit associated with buying NBA 2K15.

Nope, the judge said, none of that is concrete enough:

At best, the plaintiffs’ allegations are that Take-Two’s storage and dissemination practices have subjected their facial scans to an “enhanced risk of harm” of somehow falling into the ‘wrong hands’, which is too abstract and speculative to support standing.

Do you own the rights to your face? Can you copyright it? As biometrics become more prevalent, that’s going to be a pressing question.

Not that Take-Two’s games are doing anything creepy with our faceprints, mind you. But it’s worth asking whether we want our faceprints floating around publicly for anybody to grab. After all, there are good reasons why so many people said they preferred passwords to biometrics in a recent survey:

*Or pretty horrifying. Following a link in Engadget’s coverage to a gallery of NBA 2K15 face scanning gone horribly melty, I am at least a little reassured that not all facial recognition is going to cause subjects to lose their face biometrics for all time.

Not, that is, unless the people who’ve used the facial scanning technology really do have two mouths, an eye that’s melted down into their chin, and/or flesh that looks suspiciously like pepperoni pizza.