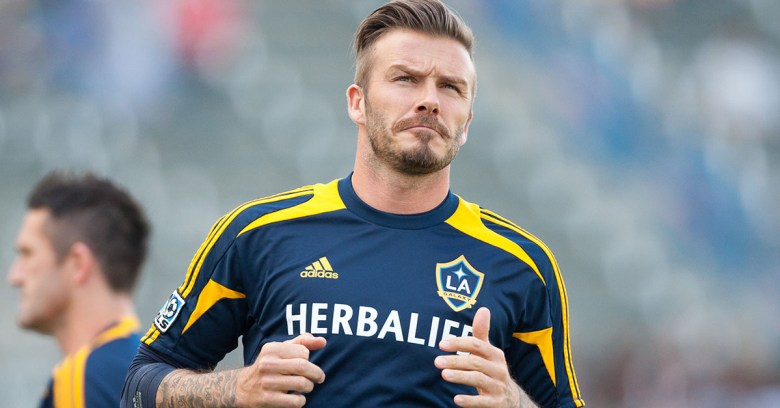 What does David Beckham have in common with Sony and the Democratic National Committee?

Hacked emails that are apparently reputation-shredding – plus enough media attention paid to the details of the leaked content to overshadow the actual crime.

The Daily Mail reports that police in Portugal have launched an investigation into an attack on the servers at Beckham’s PR firm, Doyen Global, which is run by his friend Simon Oliveira.

The police have reportedly been investigating the attack for the past 12 months. According to the Telegraph, the hackers had allegedly demanded €1m ($1.07m)  in exchange for destroying a dossier of some 18.6m emails and documents, which the ever-colorful British press have dubbed “Beckileaks”.

A source told the Telegraph that the blackmailer(s) first made the pitch by email, using the fake name of Artem Lovuzov. “Lovuzov” allegedly told Doyen Sports chief executive Neilo Lucas that paying the money would ensure that no embarrassing messages were given to the press:

A generous donation, and you can be sure that all the information I possess will be destroyed.

The Beckham team didn’t respond, so the blackmailer set a deadline:

I’m giving you until 16.00 on Tuesday to contact my lawyer with a view to a proper resolution to this impasse.

Beckham and his team didn’t want to play the game. Instead, they took the matter to the police. The hacker(s) didn’t stop at Team Beckham, though: they’ve reportedly targeted a number of businesses connected to the football world.

The Sun reported that the hackers subsequently shared the stolen cache with the Football Leaks website. It was then published by sites including Der Spiegel, L’Equipe and El Mundo.

Former UK football star Beckham – a mega-celebrity who’s gone on to use his considerable clout to raise big sums of money for Unicef – has been faced with the publication of expletive-laced emails that make it look like he’s used the charity as a front to buff up his chances of knighthood.

A spokesman for Beckham told the BBC that the alleged emails were “hacked”, “doctored” and “private” from a third-party server.

This story is based on outdated material taken out of context.

Unicef said that while it couldn’t comment on the specific emails, it pointed out that

As well as generously giving his time, energy and support to help raise awareness and funds for Unicef’s work for children, David has given significant funds personally

Unicef added that Beckham’s financial backing has helped children and their families around the world, be it through improved water and sanitation in Burkina Faso, help for HIV-positive mothers and children in Swaziland, and other projects.

It’s a safe bet to assume that Beckham’s experience is stirring deja vu among members of the DNC and the celebrities and management of Sony whose personal, sometimes catty, sometimes politically volatile emails came to light after the organizations’ respective breaches.

In July, during a red-hot election season, WikiLeaks leaked DNC emails that set off a political firestorm.

Sony Pictures, of course, was immortalized a few years ago by WikiLeaks, with its roster of unforgettable correspondence about the movie business that was hacked out of the company in a series of attacks that just couldn’t seem to stop giving.

At least one hacker was arrested for the Sony attacks.

Hope that’s some consolation to Team Beckham: crooks don’t always get away with this in the long term.

One comment on “David Beckham calls in police over hacked emails”