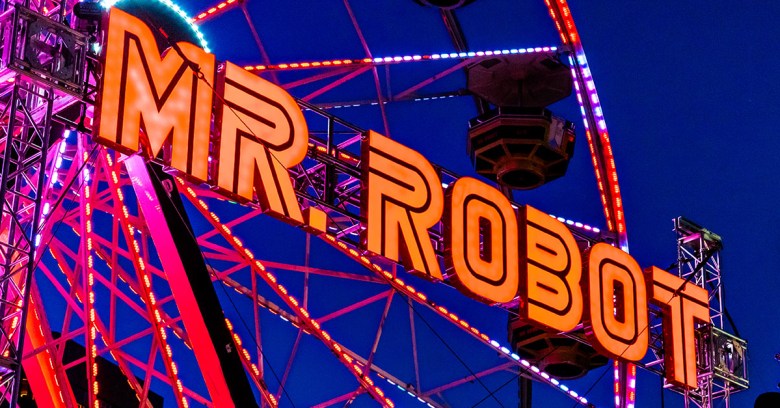 If you work in the security industry, you’ve no doubt heard of Mr Robot. The TV series is a favorite among hackers for an obvious reason: the main protagonist is a cybersecurity engineer pulled into the world of hacktivism.

Mr Robot’s influence on the security community will be on full display at BSidesSF, the event that coincides with the start of RSA Conference 2017. BSidesSF takes place Sunday and Monday at the DNA Lounge and BuzzWorks in San Francisco.

Reed Loden, director of security at HackerOne and a lead organizer for BSidesSF, said:

We’ve tried to incorporate Mr Robot into as much of the conference as possible, including pushing for speakers to include Mr Robot themes in their talks. The Sunday night party is carnival-themed as ‘SF society’ – a play on ‘fsociety’.

Mr Robot fans know fsociety as the Coney Island-based group of hackers led by the mysterious Mr Robot (played by Christian Slater). The name plays on the derelict amusement park building they operate from and their signature message: “f**k society”.

In addition to Slater, the show stars Rami Malek as Elliot Alderson, an engineer in the grip of depression and social anxiety recruited into Mr Robot’s movement.

It remains to be seen how this year’s speakers will incorporate Mr Robot into their talks. Regardless, the talk descriptions are compelling.

Here are just a few of the presentations scheduled:

The full schedule is available on the BSidesSF website.

A big part of the Security B-Sides movement has always been about helping people build their careers, and BSidesSF will continue the tradition. Both days will feature resume rewriting sessions.

The event will also include the Lockpick Village, Spymaster Challenge and Capture the Flag competitions.

This is the first year in which BSidesSF takes place in two venues – DNA Lounge and SF BuzzWorks, which are side by side. The event is usually crowded, so Loden asks that attendees plan accordingly. He warned:

If you don’t already have a ticket, show up early, as we will completely sell out this year.