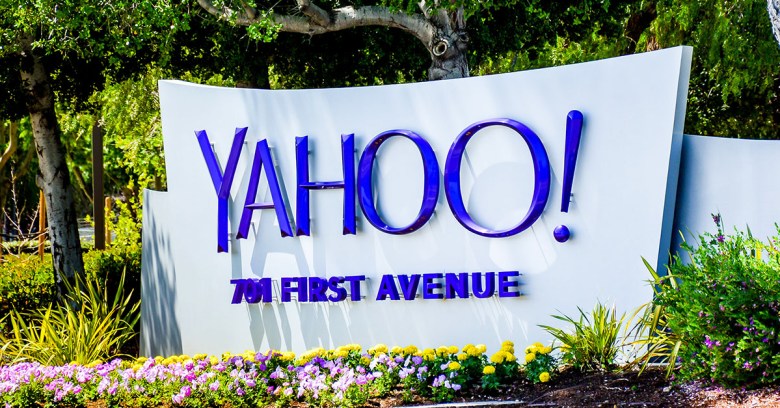 A Texas man has filed a class-action suit against Yahoo claiming that its huge security breaches resulted in his credit card data being stolen.

Brian Neff, who owns an online insurance company, is claiming unspecified damages. Court papers filed in California say that “in addition to paying Yahoo thousands of dollars for services that subjected him to a security breach, Mr Neff was also a victim of actual identity theft following the data breaches”.

Neff was a customer of Yahoo’s web-hosting and email services, and says that fraudulent charges showed up on two cards where the only company linked to them both was Yahoo. He is accusing Yahoo of negligently failing to take reasonable measures to protect his data.

If you or someone you know has been targeted by the notorious Windows support scam, where unsavvy users are duped into allowing criminals remote access to their computers, you will be delighted at the latest phone bot from Roger Anderson, who created the Jolly Roger Telephone Company.

The Jolly Roger bot “talks to telemarketers so that humans don’t have to” by answering marketing cold calls. Anderson’s latest project is a bot that will deal with the scammers who convince people that they are from Microsoft and then scaring them into believing their PCs are full of malware. What the caller actually does is get the unfortunate victim to install remote access software and then fleeces them for large sums of money.

Anderson says on his blog: “As fast as you can report fake ‘you have a virus call this number now’ messages to me, I will be able to hit them with thousands of calls from bots.”

He adds a pledge: “I vow to never use this technology for mischief or malice.”  What he’s building is made up of “a lot of moving pieces”, which he says he may turn into a WordPress plugin. Watch this space.

Remember the highly flammable batteries that eventually caused Samsung to pull its flagship Galaxy Note 7? It seems those batteries haven’t stopped causing problems, as a factory operated by one of the suppliers of those batteries caught fire on Wednesday.

The Guardian reported that it took 19 fire trucks and 110 firefighters to put out the fire at the Samsung SDI factory in China, which happened in a part of the facility used for waste-processing. Some of the waste it processes was the faulty batteries, according to reports.

Samsung and local emergency services said that the fire was caused by waste products including the faulty batteries. There were no casualties, said Samsung.