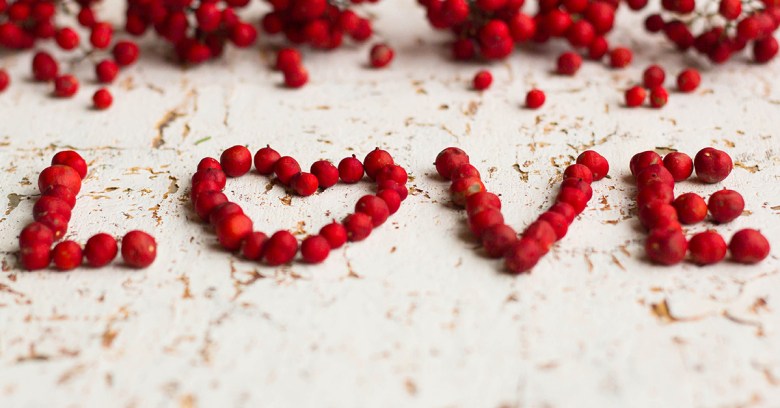 Valentine’s day is traditionally a time when you can act on your secret crushes and let them know how you feel about them.

Anyone who cares about security and technology has an app or a platform or a programming language or something that might not be very cool or very glamorous but which they love, trust and rely on. So this year we’ve decided to ask Naked Security writers what their secret crushes are.

Mark Stockley, our web technologies guru, has had a long, slightly dysfunctional love-hate relationship with Perl. He says:

My secret tech crush is Perl.

It’s not for looks, mind. In a bad light Perl looks like the contents of the unix tool chain after a heavy fall down some stairs.

It’s not because Perl loves me and nobody else either. When I first met Perl (in its prime in the late 90s), it had caught everyone’s eye and was living it up at the heart of things on seemingly every server and every website.

And it’s not because Perl was nice to me, either. Back then, we didn’t have well lit safe spaces like Stackoverflow to get to know a programming language that had caught our eye. We had to use usenet and meeting Perl meant risking the piranha-infested waters of comp.lang.misc.perl, a usenet group so fierce and elitist that suitors with questions were publicly eviscerated for sport.

Perl is complex… difficult… moody, even. On the rare occasions that things go well, working with Perl can be like painting with oils or dancing with Darcey Bussell. But when they aren’t (and they frequently aren’t) it can feel like wrestling socks on to an octopus.

In fact there are a hundred reasons to choose something else, but for me there is no doubt that it’s Perl. For all its faults it was my gateway drug, the red pill that led me to late night Slackware installs, unfathomable man pages and scratching my head for two weeks as I looked in the wrong place for Apache’s ‘it works!’ page.

Here at Naked Security, we’re upfront about our love for password managers and multifactor authentication. But Naked Security stalwart Lisa Vaas fell out of love with hers recently. She says:

I don’t know if you’d call this a secret crush. The feelings I have for my password manager are more along the lines of master-sub, with a dash of Stockholm syndrome. The strength of the bondage came clear recently when I lost my phone during a trip. Got off the Metro, but somehow, the phone did not.

After a good deal of hand-wringing and fruitless searching , I gave up and ordered a replacement phone courtesy of my insurance company. That’s when the fun really began.

The lost phone had my multifactor authentication (MFA) app on it, Google Authenticator, and without it, I couldn’t get into any email accounts. The “lost password” hoops Google made me jump through were recursive and failed every time.

Using a friend’s laptop, I tried to reach my password manager vendor (LastPass) to help me out. I could get one toe into LastPass, given that I’ve memorized that one password, but losing my Google Authenticator app on the phone meant that I couldn’t verify my login with the second factor: the one-time use password Authenticator produces.

Turns out that LastPass has no phones. None. OK, so I’ll write to customer support, I thought. Explain the situation, see what they can do to ascertain I’m not a hacker trying to hijack my account. Automatic LastPass responses kept telling me I’d get a faster response if I upgraded to premium, and I kept wailing that I am a premium user. Days later, I finally got a response: we’ll send you the instructions to download a new Authenticator instance, they said. To your email address on file. … which I couldn’t get into.

I’ll stop there. Suffice it to say that I was rather impressed with the locks and chains set up around my accounts by MFA and that crazy, frustrating password manager. One lesson I learned quite well, after about a week of writhing in those bonds: I need to set up a safe word. What does that extended metaphor translate into? Well, I’m not going to give it away, but let’s just say that it’s along the lines of writing down a password. … and then locking that physical token safely (hopefully!) away, not putting it on a sticky note on my monitor!

Sometimes the old loves are the best, and Naked Security writer Maria Varmazis remains devoted to Notepad++. She tells us:

As someone who dabbles in code but primarily writes for a living, my indispensable but slightly-unsexy tool is a text editor. For my PCs, I’m a Notepad++ fiend. For my Macs, I’m devoted to SublimeText. (Linux text editing is a sore subject in my household. I cling to emacs, which I picked up in college, while my husband is a vi die-hard. Somehow we’re still married.)

The simplicity of these editors is what makes them so beautiful and so useful. When you just want to write without distraction or frill, there’s nothing better than opening a simple text editor and getting to work. Text editors let me type without worrying about font and format, or being interrupted by grammatical suggestions – and when you’re on deadline, interruption-free writing is precisely what you need. Once I’ve written what I need and start editing, the built-in line numbering and contextual highlighting many of these text editors come with (handy for folks who are deep in code all day) make my life a lot easier as well.

Perhaps my devotion to these humble text editors comes from habit: back in the 90s when so many of my peers and I were learning rudimentary HTML, we went to work with just Notepad. I still remember the humble “Made with Notepad” buttons some of us would put on our sites as our nerdy badge of honor. Notepad was still my editor of choice in the years following when working on professional website development, Dreamweaver and others be damned.

I know a text editor isn’t the first thing people think of when they need to write, but if you find it hard to get started and the thought of firing up Word makes your blood run cold, open a text editor instead. They provide minimal distractions and render no judgments so you may write freely. And for that, they will always have my devotion.

Google may be dominant on the search scene, but not everyone is comfortable with the amount of data it scavenges about users. So Danny Bradbury, our man in British Columbia, tells us why he’s quietly in love with DuckDuckGo:

Google is great at delivering the results you want, in an attractive style. Half the time, thanks to voice search and Google Assistant, you don’t even have to type anything. But I don’t like searching for things using a tool run by a company that makes money by selling my data, especially when my work causes me to search for a lot of strange things. Evidence suggests that while Google enables users to switch off the search history that it shows them, it’s still collecting a lot behind the scenes. DuckDuckGo isn’t as polished as Google, but I’m becoming increasingly paranoid about giving my data to large companies, especially given the political uncertainties facing us over the next few years. Perhaps I’m not the only one, given that DuckDuckGo racked up 4bn searches last year.

Love is wide-ranging, and it’s not just software and applications that Naked Security writers are secretly in love with. Freelancer Bill Camarda has been faithful to a much-loved headset for many years. He tells us:

I’m jaded. I’ve been disappointed too often. My idea of lovable tech is something that just works, doesn’t demand a lot, didn’t cost a lot, and stays out of my way the rest of the time. That’d be my old Logitech ClearChat Comfort USB Headset H390.

I mean, this is seriously mature technology. Introduced a decade ago this coming August, you can still buy one new at Amazon. Where you’re informed that it’ll “Elevate the Power of Windows Vista”. Hey marketers, I love the thing, but please: nothing could do that.

Here’s what it does do: whatever I plug it into – Windows 7, 8.x, 10, Mac – it goes right to work. No waiting for drivers to fail install. Never crashes the system. Good sound. Good mic that’s easy to adjust (and moves neatly up out of the way when I’m only listening.) Handy mute button. Well-made USB cable. Fairly if not perfectly comfy adjustable padded earphones, for today’s endless Hangouts, Skype videocalls, et al. Not sexy: stable, reliable, there for me. If that’s not love, what is?

From the femtosecond I first saw version 1 in 2014, I’ve wanted one. If they ever get around to making Men in Black 4, this is the smartphone they’d use. But how to justify paying nearly £600 for an uneventful Android smartphone? One answer is that in an age obsessed with features and looks, the Blackphone strips away all that nonsense and just does the important thing – privacy – well.

Granted, a lot of people think that privacy is another ‘feature’ but a lot of people are wrong. Security and privacy is the future of everything, the destiny of the world. Finding all of this in a slim black device that can trace its software lineage back to the genesis of popular encryption with Phil Zimmermann’s PGP just adds to its desirability. It’s old but new with it.

And what about me? I’ve only been editing Naked Security for a few months, but I’ve been writing about technology and security for many years, and so I’ve had plenty of time to fall in love with any number of flighty suitors. But the technology I still love, even though it’s almost as old and uncool as Donny Osmond (who I saw performing in London earlier this month; I still love him, too) is Windows Phone.

I’ve been using Windows devices since back when it was known as Windows CE, and I’ve only – reluctantly – moved to Android after smashing the screen of my beloved Nokia Lumia 1520 and discovering it would cost £250 to fix (I’m now rocking a Pixel XL).

I love Windows Phone for its elegant design language: instead of dozens of multicoloured icons splattered across several pages there’s a homescreen of tiles displaying all the information you need at a glance. On my homescreen I could see how many emails were waiting for me, if I’d missed any calls, which of my key contacts had tried to reach me, if I had any Twitter mentions or DMs, when my next train was, and so on.

I also love that it remains a pretty secure platform: there’s been almost no malware spotted in the wild. And finally, while other manufacturers made Windows Phones, the Lumia range had (and to some, still has) the very best cameras a cellphone could sport: the 1020’s camera, amazing in its day, is still one to beat.

What’s your secret technology crush? We’d love to hear about your first and current loves.