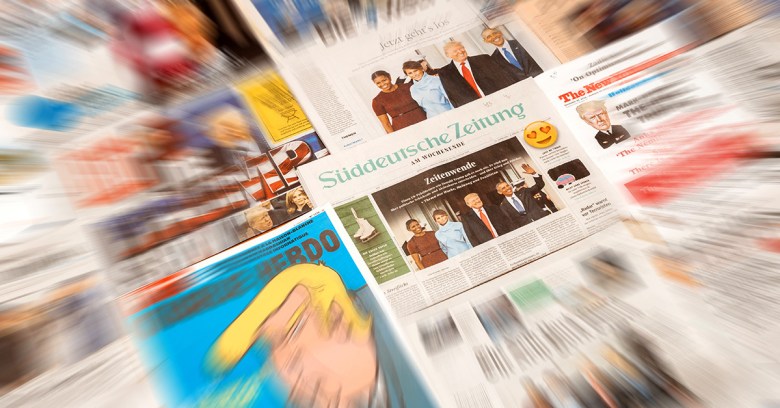 Last week we reported how Syrian refugee Anas Modamani challenged Facebook on whether the company had the technical capability to put a halt to fake news. It was after his selfie with German chancellor Angela Merkel went viral and began to appear alongside statements claiming he was a “terror suspect”. The story pointed to technology to help social media tackle online abuse.

As fake news – particularly around refugees – continues to shake German politics, can we really just point the finger at Facebook?

Fake news on the rise

Drawing comparisons between the more sedate German election campaign and Trump’s rise to power in the US, the Financial Times reports that there are fears that

And Deutsche Welle reported recently that “Angela Merkel is being attacked in fake news spread by right-wing extremists”.

But Germany isn’t the only European country where elections are being held this year – ballots are also imminent in France and the Netherlands. French presidential candidate Emmanuel Macron’s party chief has claimed,according to Deutsche Welle, that the French democratic process is also a target:

Two big media outlets belonging to the Russian state, Russia Today and Sputnik, spread fake news on a daily basis, and then they are picked up, quoted and influence the democratic [process]

With the problem real and threatening to influence democracies around the world, what is being done to combat not only the spread of fake news but also the release of hacked emails?

The Telegraph reports that officials in France, Germany and the Netherlands have agreed to share information in the run-up to their respective elections this year.

It’s a start, but is it enough? Across Europe:

So, that’s a brief summary of what the powers that be, political parties and the media are doing. But is there anything you can do personally?

Talking to Deutsche Welle, defense analyst and professional fake news hunter Ben Nimmo explains that part of the problem lies in the money that there is to be made from advertising:

… countless fake news stories are going around because money can be earned from advertising on the websites that publish the false stories.

He suggests you only need time and a familiarity with social media outlets and how they work together, rather than an understanding of technology, to hunt them out – and that’s something we all can do.

And the complex ones? While he does acknowledge that experts are needed so solve some cases, he also suggests that citizens must be taught how to uncover fake news. I agree. After all, the more of us that get involved, the better the detection rate and lower the effect.

If there’s one thing you take away from reading this, it should be his advice to us all. Noting that “The key is emotion”, he urges:

If a story appeals to your feelings, be they anger or rejection, and not your thoughts, then you have to check it.

7 comments on “Fake news: what can we all do to play our part in combating it?”