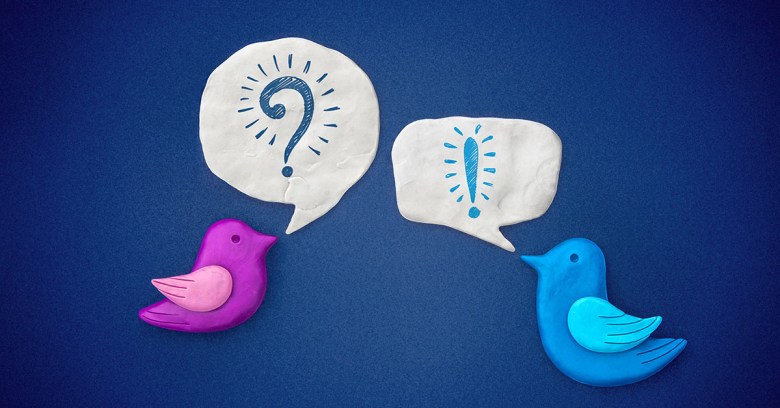 On Tuesday, a fake Twitter account purportedly belonging to the retired Lieutenant General Michael Flynn, who had resigned from his position as US national security adviser the night before, hoodwinked not only the New York Times and other media outlets, but also House Minority Leader Nancy Pelosi and Congressman Elijah Cummings.

During a news conference on Tuesday, both politicians cited the fake Twitter account’s post about being made a scapegoat:

While I accept full responsibility for my actions, I feel it is unfair that I have been made the sole scapegoat for what happened. (1/2)

It’s not hard to see how they might have been fooled: Flynn’s official account had been offline as of the beginning of February, according to the Washington Post.

The fake Flynn account indicated in its bio that it was a parody account, but it’s easy to miss bios… particularly when the spoof account in question maintains a positive tone about the administration, as you might imagine the real Flynn would do.

As Mashable reports, the verified account of the real Flynn seems to have reappeared on Tuesday, bearing the little blue “verified” badge with a white tick in the center

that appears on the accounts that Twitter has determined are of public interest.

In a FAQ on its verified accounts, Twitter says that, typically, verified accounts belong to users in music, acting, fashion, government, politics, religion, journalism, media, sports, business and more, be they brands or individuals.

If you see the badge next to a tweet from an account with Donald Trump’s name, for example, it’s reasonable to assume it’s from the president.

Why “reasonable” instead of “certain”? Because Twitter has been bamboozled in the past. In 2012, Twitter slipped up and verified the wrong Wendi Deng, then Wendi Deng Murdoch, wife of Rupert Murdoch. @Wendi_Deng, a parody account, got the blue badge, but @WendiDeng was actually the real deal. The mistake boiled down to a simple copyediting glitch.

What complicates matters is that Twitter limits its use of the verification check mark. Just because an account lacks a verification badge doesn’t mean it’s a fake or a spoof. Lesser known people, even if they’re of public interest, might not have been in the public eye long enough to get verified, for example.

When was it created?

As the Washington Post notes, the fake Flynn account was created a day after the authentic @GenFlynn went offline. Suspicious timing, eh? The creation date can be helpful in spotting bogus accounts, particularly when they’re created at the same time as major news breaks about whatever parodied/spoofed person they’re based on.

A spoofed account may have slapped a picture of whoever it’s pretending to be on its profile. It also may have changed the name and biography details of an existing account.

To get to a given account’s true genesis, there’s an easy way to search for its first tweet: just go to #FirstTweet and enter the account name.

That will help you unravel the history of an account such as NotAltWorld, which says it’s “The #Resistance team against #AltFacts #FauxNews #FauxScience Formerly: Unofficial National Park Service #Science #Climate #Facts Run by non-gov individuals.”

That might all be true, but if you search on the account’s first tweet, you’ll see that it appeared in 2015 and is concerned with the Scottish election. So perhaps an account that had nothing to do with the recent alt accounts got repurposed by protestors, or … well, who knows?

@WingsScotland Oi, fellow plebian. What say you, honourable rev, on the elecshun result?

Searching #FirstTweet on the fake Flynn account doesn’t reveal odd shifts in focus like that – it’s been consistent in tone since its inception – but it does reveal that it was created at a time when the world’s attention was focused on Mike Flynn and on a date that the general’s official Twitter account was offline: February 1.

Another way to get at earlier tweets is to use Twitter’s search tool. You can input a search string to get at a specific date range, like so, substituting the account name and the date you want to search up to in this string: from:LisaVaas until:2017-02-17.

Type in the name yourself

Lookalike account names are easy, given that the lowercase letter “l” is so easy to mistake for the figure “1” or the uppercase letter “I” in a sans serif font. The Washington Post notes that out of this list, only the first account is for the president, whereas the others are all just look-alikes:

You can avoid falling for the fakers by typing in the name yourself, though you do, of course, have to watch out for typos.