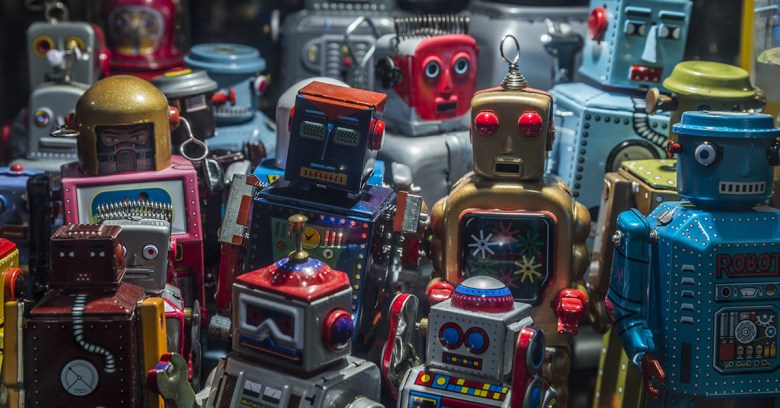 Gates calls for robots to be taxed

Should robots that replace humans be taxed? Bill Gates, the founder of Microsoft, thinks it’s a decent idea, he told Quartz last week.

It’s an interesting approach as governments and societies get to grips what the growth of automation means for employment and the taxes generated by employment that pay for infrastructure.

“Right now, the human worker who does, say, $50,000 worth of work in a factory, that income is taxed and you get income tax, security tax, all those things,” said Gates. “If a robot comes in to do the same thing, you’d think that we’d tax the robot at a similar level.”

That doesn’t tackle the issue of humans needing an income of some kind, but the idea has already been rejected in Europe: a proposal to impose a robot tax was rejected in the European parliament – although the EU’s executive body, the European Commission, is not bound by that rejection.

At the same time, however, the European parliament called for legislation covering the EU to regulate and provide an ethical framework for the development of robots.

Kim Dotcom faces extradition to the US

Kim Dotcom, the founder of the Megaupload content-sharing website that was shut down in 2012, can be extradited to the US, the New Zealand high court has ruled.

Dotcom, who is a New Zealand resident, is facing 13 charges in the US including allegations of conspiracy to commit racketeering, copyright infringment, money-laundering and wire fraud. The Auckland court’s ruling upholds a decision in a lower court made in December 2015.

US authorities say the site cost film studios and copyright-holders more than $500m, although Dotcom says he was not responsible for the copyright infringment his users carried out.

Apple has acquired Israeli facial recognition company Realface for an undisclosed sum, the Times of Israel has reported. Realface, founded in 2014, uses its facial recognition technology as the basis for a biometric authentication platform, sparking speculation that Apple could add that as a way of authenticating users on its devices.

Apple wouldn’t be the first to use facial recognition to log in: some Windows PCs and the most recent flagship Lumia-branded Windows Phone devices from Microsoft used iris recognition, although I found that hit and miss when I reviewed the Lumia 950XL just over a year ago.

Biometric authentication on devices is a hot topic for discussion at the moment, with concerns rising that while in the US you can’t be required to hand over a password, you can be required to unlock a device using your fingerprint. Whether that will apply to facial recognition too is an interesting question.