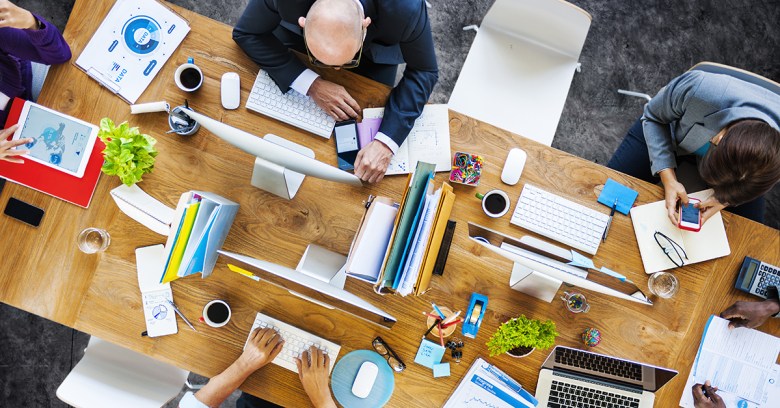 Is your employer watching you? “Of course,” you probably assume. But you might not know the half of it.

Last week, Bloomberg BusinessWeek hung a story on last year’s events at the Daily Telegraph, a UK newspaper. There, employees discovered mysterious “OccupEye” black boxes beneath their desks. Said devices tracked exactly when each desk was occupied – ostensibly to determine exactly when heat or air conditioning should be provided. And, in the right environments, Bloomberg notes, devices like these do seem to promise significant energy savings. Bloomberg and Enlighted – one of OccupEye’s competitors – point to a New York company that has saved 25% in energy costs by outfitted 1,000 sensors in light fixtures.

Good reporters, however, are natural skeptics. And the Telegraph’s reporters – represented by the National Union of Journalists – managed to get OccupEye’s devices removed. But the overall trend is most assuredly towards more ubiquitous surveillance, especially where laws allow it.

The quintessential example, of course, is the US. There, as Workplace Fairness points out:

Employers can legally monitor almost anything an employee does at work as long as the reason for monitoring is important enough to the business. Employers may install video cameras, read postal mail and e-mail, monitor phone and computer usage, use GPS tracking, and more.

There are a few slightly tougher state laws — for example, in California and Maine. But, broadly speaking, Bloomberg only slightly oversimplified by observing: “Your boss can legally track you everywhere but the bathroom.”

In the US, employee outrage over all this seems, shall we say, muted. Last year, Pew polled Americans on how they would feel if an employer responded to workplace theft by implementing video surveillance with facial recognition technology, and then kept the footage for possible use in employee performance reviews. Some 54% of Americans found that acceptable; only 24% said it was flat-out unacceptable.

Given this, enormous investments are being made in new technologies aimed at gaining deeper insights into employee behavior – both anonymously via aggregated metadata, and potentially, linked to individuals. Some providers of the technology can be cagey about whether they will permit corporate customers to disable anonymization. Even so, as people analytics enthusiasts Josh Bersin, Joe Mariani, and Kelly Monahan admit, “the sheer bulk of data that sensors collect makes meaningful anonymization difficult. After all, it takes as little as four pieces of metadata to sufficiently identify an individual from digital exhaust.”

While Humanyze doesn’t track the content of conversations, it does track how often employees talk to each other – as well as each employee’s proportion of talking to listening.

Combined with big data technologies, Humanyze promises a whole raft of additional applications, such as better predictions of when valued employees are planning to quit, so companies can intervene to keep them. It’s hard to see how such an application can be kept entirely anonymous.

One Humanyze customer wondered if the next generation of people analytics hardware won’t track heart rates and body temperature “to better understand how employees manage stress”.

That customer wouldn’t be alone; a few months ago, Bloomberg reported that “companies including JPMorgan Chase and Bank of America have [explored] systems that monitor worker emotions to boost performance and compliance”.

Behavox already uses “emotional analysis of telephone conversations” to help generate “a worker’s overall behavioral picture,” Bloomberg notes. “When a worker deviates from established patterns – shouting at someone he’s trading with when previous conversations were calm – it could be a sign further scrutiny is warranted.”

It’s no surprise that emotional tracking might find an early application in trading rooms, where traders can easily be responsible for hundreds of millions of dollars in trades every day, and rogue traders have brought major financial institutions to ruin. But one can easily envision its use in any environment where high-stakes sales and decisions are being made.

Conversation is like a dance. You can tell whether people are in sync, and it turns out this is a much better measure than language.

Clearly, in the future, no customer service agent (or trader) will ever dance alone in the dark. Will you?

One comment on “The quantified employee: new ways to be watched at work”